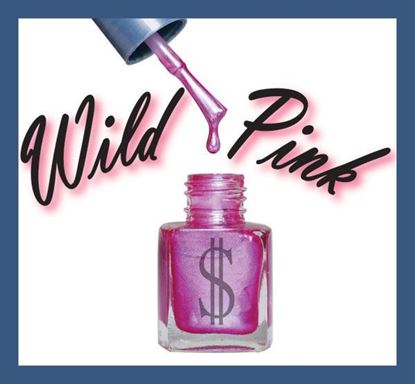 
A hog farmer has three smart sons but absolutely no money to send them to college. A rich, snooty, old maiden aunt has a fortune but years ago she made it clear that she wanted nothing to do with the farmer’s family. What to do? The three boys don wigs, dresses, heels and even Wild Pink fingernail polish for a challenging weekend visit with their estranged aunt. Their desperate mission: to convince her she has three beautiful nieces who are worthy of her millions. And worthy they are when the boys discover someone is embezzling their aunt’s money. Switching b...


You ever wonder what goes on in a teachers' lounge? Here is your chance to snoop on a gang of educators who'll do anything to relieve the boredom. Whether it is planning ambushes for the principal or dressing up as Vikings, this particular group is beyond compare. That is, until they find out one of them has written a book and used the rest of the staff as examples! Accusations fly like spitwads. Hand-to-hand combat breaks out just when Superintendent Brooks shows up ready to fire Principal Carp and just ahead of a newspaper reporter who asks, "Don't you want...

Ten Actors In Search of a Cell


Wait—start worrying! No wait—don’t worry. Let Crisis, Inc. worry for you. This farce takes place in the lobby of a business which provides the service of panicking for people. When you have a panic situation and you can’t focus on what to do next, you hire Crisis Inc. to do the panicking so you can move along and get your work done. Two business people come to the company's office – and each of them responsible for the other's crisis situation. Realizing the potential for fireworks should the two meet, the receptionist tries hard to keep them apart. Classic f...

Legend Of Robin Hood...Sort Of


Would you like to hear the legend of Robin Hood? If your answer is "I Sherwood," then hitch up your gauntlets and get ready to laugh. You see, it's a little-known fact that the famous English bandit was a bit of a klutz. As a kid he practiced with a bow and violin instead of a bow and arrow, so naturally to fight the king's injustices he needed his famous band of women. Women? That's what you get when you send Little John to do the recruiting! But just as the ladies are persuaded that after they steal from the rich they have to give the goodies to the poor, R...


Baby-sitting the three Taylor kids isn't a job, it's a matter of survival of the fittest. They delight in terrorizing their newest sitter, explaining their secluded home is haunted by a ghost, and that an "ax murderer" has just escaped from jail and is heading their way. Adding confusion is a dizzy aunt, who pays a surprise visit; the dad's boss, whom the kids knock out thinking he is the escaped convict; the boss' domineering mother; and the sitter's offbeat boyfriend, who wants to "rescue" her. The kids lay a trap for the convict and bring about a hilarious...