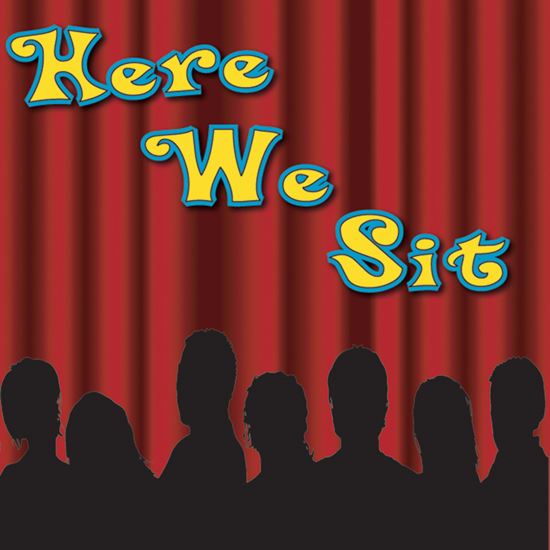 Here is an outrageous comedy for community theatres that puts the audience on the hot seat! A series of sixteen, quick-paced scenes illuminate the joys and tribulations of the modern theatre-going experience. In "An Audience of One," a single theatre patron delivers an impassioned monologue to convince the actors to perform the show just for her. The scene, "What the Crowd Is Thinking," allows us to hear the real thoughts of an audience sitting through an uninspired performance. In "Uber Ushers," a band of ushers, driven to the brink of madness by the boorish behavior of an audience, stages a ferocious uprising to reclaim their theatre. The scenes are propelled by two feisty old ladies, Lottie and Bernice, who keep popping up to express their contempt for the theatre, all the while snacking from enormous purses stuffed with groceries and candy, wrapped in crinkling paper, of course!

TALKS ABOUT "HERE WE SIT"

A: I wanted the audience to see themselves from the actors' point of view.

A: I like the Lottie and Bernice sections. I like their no-nonsense approach to life. People with absolutely no sense of humor or whimsy are extremely funny to me.

A: The characters come from over 25 years of in-the-trenches theatre experience. Yes, some are people I've known and some are composites of people I have known.

A: I wanted the audience's story told. There is a lot going on out there during any given performance. Sadly, it is often more entertaining than what's on the stage.

Q: ANYTHING ELSE YOU'D LIKE TO SAY ABOUT YOUR PLAY?

A: I like to experiment with how action unfolds on the stage. Like early Russian montage films, I like to throw a variety of images and sounds at the audience and let them assemble the meaning. It's a format that gives the audience more responsibility where the narrative is concerned, but I have discovered that the audience is more than up to the task and often appreciative of the challenge. I think the worst thing a playwright can do is underestimate the audience.