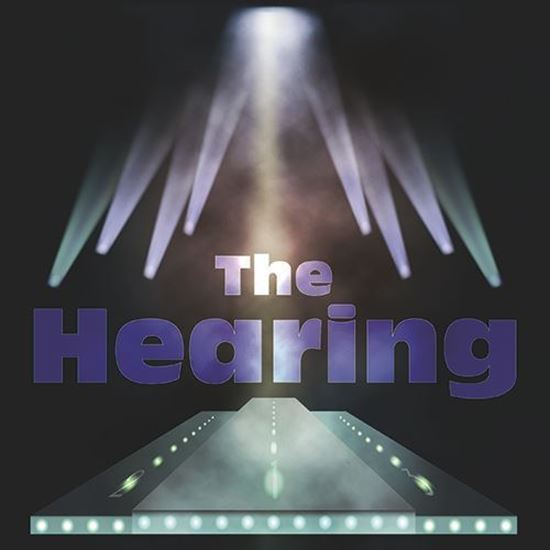 A famous doctor, who is destined to make a world-changing discovery, has been killed in a car accident, and two angelic members of the “Representatives of Order” have 48 hours to assemble a group of possible candidates to reverse time and save the doctor’s life. The price? Three of the candidates must be willing to serve as a substitute, trading their lives for his.  What would you do for the greater good? The eight people must quickly decide during a hearing where the “Forces of Chaos” are working against them, and all are adjudicated by the ominous “Judgement.” In the end we see that no decision is as simple as it seems. About 30 minutes.

Playwright Brent Holland Talks About his Play "The Hearing"

I try to make my plays as similar to the types of movies I like to watch as possible.  I am a big time sci-fi and fantasy nerd, so this fits right in to that.  I started writing it to be the competition piece for my honors theatre class at Laney High School, so I wanted a lot of strong roles but it also fit in our time limit.  My kids were excited about it right from the start so that made me excited too.

I wrote the ending first, or at least the idea of the ending.  I knew that one of the three who were willing were going to be bigger than Dr. Adison and I like the buildup that leads to that discovery.  I think it's a fun twist.

Barrett and Adison are names of characters in an old baseball video game my brother and I have played for years.  (Started with Baseball Stars on the old NES but has been through many upgrades over the years.)  We were allowed to create our characters and we REALLY got into that.  Adison was his star hitter, Barrett was one of my pitchers.  Both of his daughters and my son have middle names from these characters!  (There're cool names though.)  There is some of my wife's snarkiness in Ataxia, and number three's reasoning for leaving would be my own.  I think I wrote some of myself in that character.  Numbers one and five were based off of former students of mine.

I think theatre fails if it's not entertaining, so that's always my first goal. I want this script to be fun for the performers, make the audience think about the implications of the events and put some thought into what they would do in that situation.

If you're reading this, thanks for looking at this page!   If you or any of your cast ever have any questions, I would be happy to answer them.  Also, thanks to Eldridge for putting my work out there.  These guys are the best.