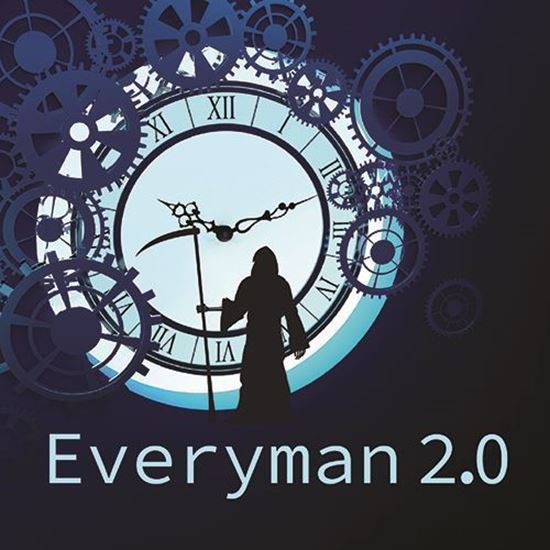 This play is an updated version of the classic medieval morality play. Death has come for Everyman, but Everyman pleads for time to find a companion to accompany him and help clear his book of reckoning. One by one, those he treasures most abandon him to his deserved fate. In the end, only the Son can erase his debt. The play is a powerful depiction of the gospel story, a clear display of man’s unworthiness and God’s grace. The script borrows from the language of the original but gives us a modern take on the story with humor and emotion. The cast has thirteen characters, each of which can be flexible in gender. The script lends itself to a variety of styles and genres from very simple and abstract to very elaborate. About 35-40 minutes.

While homeschooling my daughter, we read a translation of the original Everyman, and she rewrote the conversation between Everyman and Death and filmed it with a friend. I watched the video thinking, "Hmm....there's potential here." And the idea percolated in my mind for years until I needed a script for a drama class I taught recently.

In our production, I loved the scene between Everyman and Riches because of the performance of those particular actors. But I also love the poignancy at the end when Everyman is stripped of everything and left alone and the Son gently comes to him.

All the characters were from the original medieval morality play. The particular takes on their personalities came from the students I knew I was going to be working with.

The original play was a product of its time, a tool used by the Church to keep people tied to its rituals. I had a strong desire to see the story updated with a more modern understanding of the nature of God's grace towards us.

This was intentionally written to be very flexible in how it can be produced. It can be staged very simply and still be powerful. Or if you have the means to do it up big, then do so! Have a good time with it!