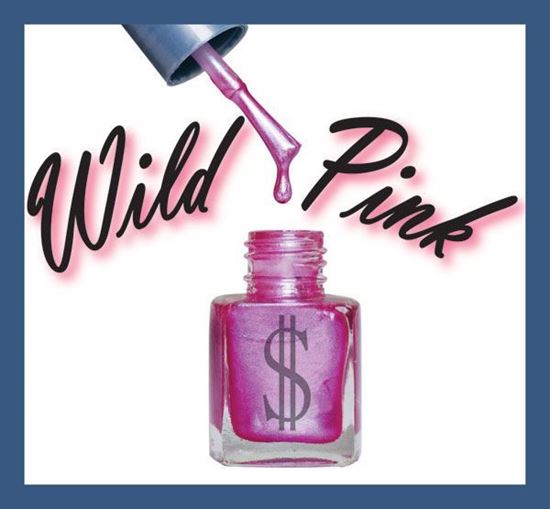 A hog farmer has three smart sons but absolutely no money to send them to college. A rich, snooty, old maiden aunt has a fortune but years ago she made it clear that she wanted nothing to do with the farmer’s family. What to do? The three boys don wigs, dresses, heels and even Wild Pink fingernail polish for a challenging weekend visit with their estranged aunt. Their desperate mission: to convince her she has three beautiful nieces who are worthy of her millions. And worthy they are when the boys discover someone is embezzling their aunt’s money. Switching between being their boyish and more “feminine” selves, they set up a trap to catch the thief, never realizing they’ve been set up as well! About 2 hours.

A: Actually, my cast did. With so many plays in publication, my senior and junior actors were having a difficult time selecting a play for our 2010 production. So, amongst their indecisiveness, several of them asked me to write something specifically for them, and I told them I’d give it a shot. After sharing my zany idea with my actors and making sure that I had three young men willing to play the leading roles, dresses and all, I went to work. The play originally had the words “yet to be determined” printed across the top pages of the script, but soon after we started practicing, the name WILD PINK just seemed to fall into place.

Q: WHAT IS YOUR FAVORITE PART OF THE PLAY? WHY?

A: There are many parts in this play that make me laugh. For instance, when the three boys first appear on the stage as girls, I think it’s absolutely hilarious. My lead actors simply looked “fabulous” in their dresses and high heels. And, when the butler asks Roberta out on a date, I lose it every time. The young man who played this part for me was so smooth, it was uncanny. The orphan scene, which is now optional, also makes me laugh. When Millie introduces her great-nieces to the orphans, one of the little kid’s lines is: “Great nieces? They don’t look so great to me!” The ending, though, when the boys’ dad walks in and they realize he was just trying to play a joke on their aunt which she’d obviously discovered, really takes the cake.

A: I live in a small rural town. Two of the senior boys who agreed to take on the leading roles are farmers, and one of them, is a hog farmer. One day, I saw that young man and several other male athletes dressed up as cheerleaders at an assembly to promote school spirit, and the idea to mimic them just popped. As for the other characters, I considered each actor’s personality and created special parts for all of them. For example, the young man who played Darth (my son in real life) is a Star Wars’ fanatic. I wrote his small part specifically for him. (With ten snow days out of school, we didn’t have time for auditions, and luckily, we didn’t need them!)

A: I wanted to write a play for my students that was just as fun for them to practice as it was to produce. I hope directors will look at this play as an opportunity to get their students psyched up and involved in their own drama programs.

A: From the start, my students were behind me one-hundred percent, and I want to thank them all for sharing their ideas and talents with me. We made this play happen…together!