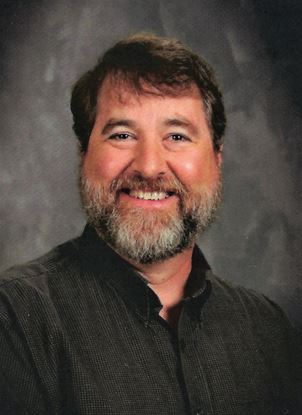 
Leaping llamas! "The Fourth Wall," a play within a play, begins as a murder mystery, but the murder victim won't keel over. The playwright forgot to give the characters names, and a rude audience member keeps interrupting the show. Even the ending of the play stinks! Everyone is supposed to die and then the character Death is supposed to do an interpretive dance. Thankfully, the audience's agony is cut short halfway through when the actors break character because Death accidentally kills the Host and then leaves the set to move his car. Without Death, how can...


Wait—start worrying! No wait—don’t worry. Let Crisis, Inc. worry for you. This farce takes place in the lobby of a business which provides the service of panicking for people. When you have a panic situation and you can’t focus on what to do next, you hire Crisis Inc. to do the panicking so you can move along and get your work done. Two business people come to the company's office – and each of them responsible for the other's crisis situation. Realizing the potential for fireworks should the two meet, the receptionist tries hard to keep them apart. Classic f...


The high school girls’ softball team has one last shot to make it to playoffs.  However, that doesn’t seem likely since Wacy and Emma can’t seem to stop fighting, and Riley and Kylie are so inseparable that they don’t work with the rest of the team.  So instead of scheduling extra practice hours before the game, Coach forces the girls to participate in team-building activities. That’s perfect for Professor Diabolical, as he has been rehearsing his evil laugh and is ready to have customers in his Escape Room.  Unfortunately, his assistant Brad is more focused ...


It’s Marcus’ first day on the job at The Twilight Cone, an unusual ice cream shop owned by his Great-Aunt Diane. Marcus has already been trained on the milkshake machine and scooping ice cream when suddenly his eccentric aunt needs to run to the store. She reluctantly decides to let him open the shop but makes him promise not to serve any flavor but vanilla. When five young women come in to the shop, Marcus’ promise is quickly forgotten. Little does he know that each unique milkshake flavor causes an unusual reaction. The Narrator, unnoticed by all, enters an...


It’s five days before the premiere of the non-musical version of Les Misérables, and high school drama director, Chris, has actors who are still on script, cast members absent from rehearsal, a sick stage manager, an unbuilt set and only twelve dollars left in the budget. Oh, and the principal is bringing the superintendent on opening night to see if funding for the drama program for the district should be cut. It’s a director’s nightmare, but Chris tells the cast and crew about a pocket watch from her great-grandfather that is known to help turn everything a...

The Women of Blood Wedding


Based on the work of Federico Garcia Lorca

This play follows the surviving women from the original play by Federico Garcia Lorca. We find that the Mother, the Bride, and Leonardo’s wife are caught in the same circle of bitterness, unable to forget and move on.

Set on a rural mountainside where the mother has erected a tomb to commemorate the one-year anniversary of her son’s death, she catches the eye...


Anyone who has tried to cancel their service with any tech company will sympathize immediately with Meghan. On her way to work one morning she decides to quickly drop off the cancellation form she filled out from the company’s website, but of course it turns out to be much more complicated than that. She is drawn into a process involving an increasingly bizarre set of characters who hamper, confuse, intimidate and even threaten her in their efforts to keep her as a customer. When Meghan’s best friend is brought to the office in tears with instructions to illu...

My Thoughts, Not Exactly!


Have you ever asked yourself, “What was I thinking?” Well, Spencer and Olivia are doing just that – while on their first date!  Their conscious minds (played by two separate actors) are present on stage, sharing their thoughts (often contradictory thoughts!) on the conversation. Things get off to a rocky start, the usual awkward silences ensue, but the complications really begin when both their exes show up. Furthermore, Olivia produces her checklist of grueling questions for Spencer to test whether he is “boyfriend material.” The date concludes with Olivia m...

Comedy by James A. Gustafson


Things have been going so well in Rob and Jen’s relationship that after a few months of dating, Rob is ready to propose. His plan seemed simple enough. He’d take Jen to dinner, propose marriage, she’d say yes, and they’d live happily ever after. What he didn’t count on was everyone in the restaurant chiming in! Between the old ladies at the table next to him and the divorced man on the other side both offering varying opinions on married life, Jen can hardly answer. Throw in a sassy waitress, more eavesdropping diners, Rob’s ex-girlfriend, a lawyer, a wedding...


A young, hungry writer in Hollywood finally has his chance to pitch his original ideas for movies, television shows, and commercials to a major producer. The writer’s ideas come to life on stage as he tries to sell one -- just one -- of his many wacky ideas. Consider (and laugh) as the writer presents previews of a big-budget movie entitled “Thumb Wars”; a reality show about mailmen called “Going Postal”; a game show with the revolting title “Guess What I Just Ate for Dinner”; and even a commercial for a new sports drink called “H2MayO: The First Drinkable Ma...