Baby-sitting the three Taylor kids isn't a job, it's a matter of survival of the fittest. They delight in terrorizing their newest sitter, explaining their secluded home is haunted by a ghost, and that an "ax murderer" has just escaped from jail and is heading their way. Adding confusion is a dizzy aunt, who pays a surprise visit; the dad's boss, whom the kids knock out thinking he is the escaped convict; the boss' domineering mother; and the sitter's offbeat boyfriend, who wants to "rescue" her. The kids lay a trap for the convict and bring about a hilarious... 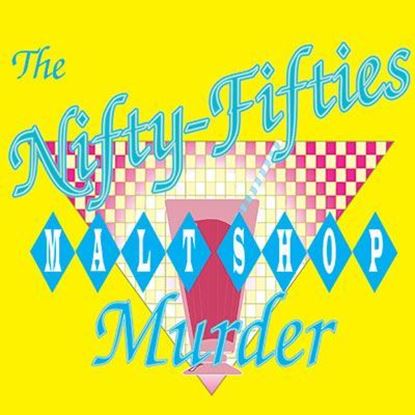 
A quintessential 1950s mom, June Seevers, and her committee are working hard to win the "Small Town USA" title and a cash prize for their town of Sunnydale. The judges are due in two days to verify that it is, indeed, an All-American, apple pie-eating, crime-free hamlet. Did we say crime free? Then what about the mysterious customer at the Malt Shop who falls over dead during the committee's final meeting? It looks like he was poisoned, and the victim's sister may be a committee member! But who? With the help of her family, the prissy librarian, and even the ...


Eddy is a struggling playwright and also a dad in charge of taking care of the house, the kids, and the mother-in-law while his wife works the daytime shift at a fast-food restaurant. And boy, does he have his hands full! The house is a disaster, and as far as taking care of the children, what can he really do? Rambunctious triplets and an adventurous teenage daughter are not meant for the inexperienced! Then there is his mother-in-law whose age seems to be affecting her mind, and a neighbor lady with opinions, but without manners. Toss in a couple of FBI age...


When movie mogul Mandrake Masterfiend, producer of the schlockiest horror movies in history, invites some of Hollywood's craziest characters to his birthday party, the evening's a killer--literally. That's because he also invites Rona LaMona, the most vicious gossip columnist in the business who writes weekly under the title "The Poisoned Pen," to stir up the pot a bit. Though the actors, designers, and directors of some of Masterfiend's greatest successes enthusiastically reenact some great scenes from his movies, they suddenly find themselves playing suspec...

Annie Play Will Do


Because of a miscommunication with the principal, high school drama teacher Mr. Morris finds himself with only ONE DAY to cast, stage and perform the school play. In desperation, he turns to two of his best students, Paul and Laura, to take charge and co-direct the show, unaware that the two are in the middle of a nasty break-up and are no longer speaking. Things go from bad to much, much worse when Paul and Laura, practicing with their friends independently, don't realize they are rehearsing for DIFFERENT SHOWS, "Little Orphan Annie" and "Annie Get Your Gun....