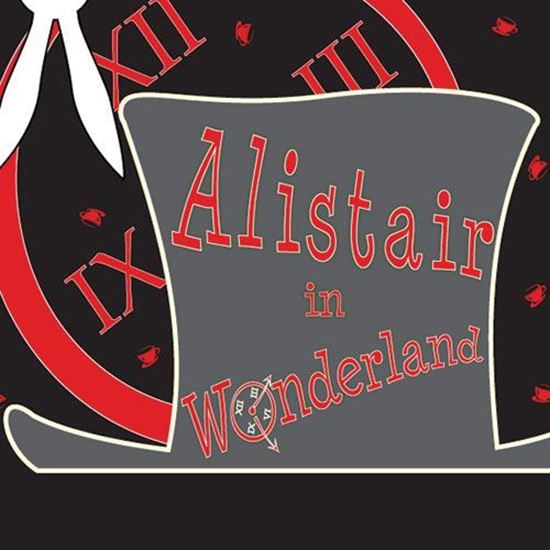 The Queen of Hearts has demanded a rematch with Alice on the croquet lawn, but instead of fetching the girl back to Wonderland as instructed, the easily addled Dormouse has returned with a very confused boy named Alistair. Luckily, Alice has also arrived, having learned of the Queen’s summons from the Cheshire Cat, and it becomes her mission to get Alistair safely home while also enjoying a new adventure herself. Approximately 45 minutes.

In conversations with our 5th graders about what they would like to do for their annual play, one girl in the class made an early pitch for "Alice in Wonderland." (She just loved saying “Off with her head!” and had strong feelings about what the Queen of Hearts costume might entail). The boys in the class were keener on an adaptation of Peter Pan as the protagonist’s gender had become a source of much debate. We decided to focus on the environment and auxiliary characters in the two stories, which led us to an agreement that there were more possibilities waiting for us in Wonderland. Giving our story a boy protagonist to share the narrative with Alice was less a class compromise than a twist the playwright wanted to have fun with.

The Dodo’s made up words were super fun to write and all the kids got a kick out of them. Egregio-trocious and catastro-fiasco actually found their way into our cast vocabulary!

The world of Wonderland has so many great characters to choose from, I just re-read both of Lewis Carroll’s books to find particularities in each of them to explore further. However, the one part I never expected to include was Narrator. Our play was cast and well into rehearsals when a boy in the class who had been fully remote for the first seven months of the school year due to Covid was able to return to in-person learning. To include him, I added Narrator, and things came together kind of magically for everyone after that.

Our school was one of those exceptions that managed to stay open the entire 2020/21 school year without every having to close due to Covid. We held classes outside almost every day and the kids were always broken into small groups to keep exposure to a minimum. What I wanted to achieve was simply some kind of live theatre experience for them. The final product was two-fold: an outdoor fully-masked live performance before a small group of socially-distanced 4th graders and a video of that production that was edited to include subtitles of every line so that parents and families could see the play as well.

Have fun with this adventure – there are so many possibilities to explore in Wonderland with these extraordinary characters.