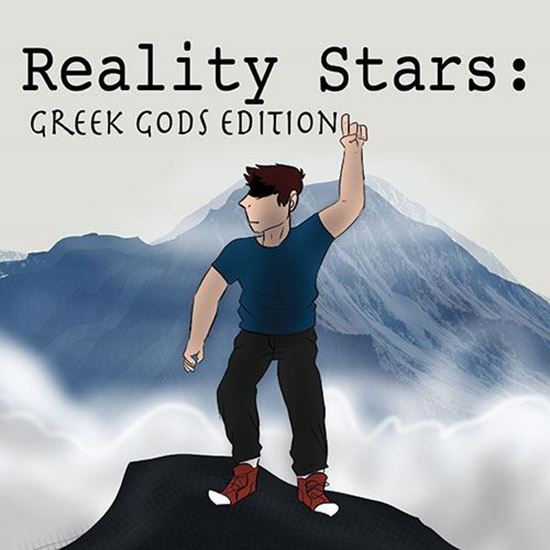 What happens when you mix the Greek gods with reality television? In this hilarious romp, the great Greek myths are explored within a reality show framework. Thirteen gods are put under one roof, but only one can survive to sit atop Mount Olympus. “Reality Stars: Greek Gods Edition” is an inventive retelling of Greek mythology where tempers flare, lovers quarrel, and rivalries ignite. With an added modern spin, even as far as letting the audience text in their votes, it’s must-see TV – er, theatre! Run time: 65 minutes.

A: I really wanted to do something with the Greek myths next. When I thought up the idea to see what the gods are up to today, and telling it through a reality TV framework, this really excited me. The premise allows me to tell these great classical stories in fresh, modern vernacular.

A: I'm fond of the opening, where the characters tell you what they've been up to (drawing parallels to what they were). All done in a rapid-fire kind of way, the way shows like Big Brother and Real World give you some background on the contestants before the competition begins.

A: The characters are the great Greek Olympian gods, so they've been around a while.

A: I wanted to make Greek myth, and the Greek gods, accessible and identifiable to large audiences, including young people. I've always felt that one of the most interesting things about the gods is this mixture of divinity with humanity. As the play says, we see ourselves through these gods, for better and for worse. I wanted to look at that, in a really fun way.

A: I hope this play is as much fun to produce as it was to write.