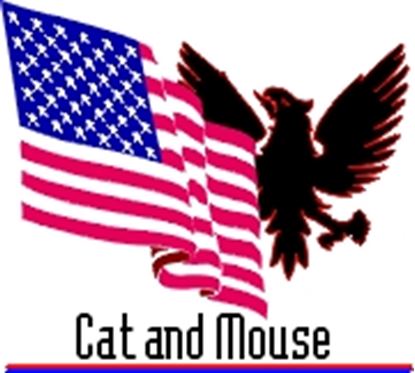 
Nora Marsh has lived with the burden of a father who's been branded a traitor. She has tried to keep their inn, the Cat and Mouse, running smoothly, but her father's depression and drinking after his return from the World War II European front has made life difficult. Her life begins to further unravel when a new border, Daniel Cavell, turns up missing. Kate Sherwin, the local Civil Defense warden, and Cavell's mother, Ruth, begin a search which ends when his body is found in the window seat of the inn's living room. Kate has long suspected Nora's father Harr...


Leo Mintz, a one-time big shot Broadway agent, now represents bird acts, roller-skating kids who recite poetry and flea circuses. However, Leo's problems are just starting when a known gangster Louie DeMarco "persuades" Leo to represent his protege with no discernible talent, the lovely Christine. As if this weren't bad enough, Leo promptly falls in love with her. "They should just type up a label which reads 'East River' and slap it on our foreheads!" scowls Liz, the secretary and bouncer for Leo's agency. Then, to throw everyone off the track, Leo stages a ...


Adapted from the novel by Wilkie Collins. It's the late 1800s and young Walter Hartright, on his way to a new teaching position, meets a mysterious woman dressed in white. Terrified, she asks him the way to London and mentions that she once was very happy at the very house Walter is going to. Later, Walter meets his pupils: Marian Halcombe and her half-sister Laura Fairlie, the latter who strongly resembles the woman in white. Walter soon falls in love with Laura, but his happiness is dashed when he finds out her engagement to Sir Percival Glyde has been arra...