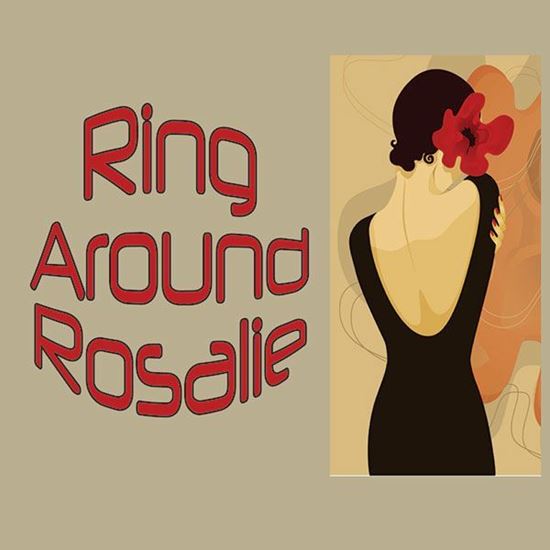 This funny, fast-paced farce begins in 1933, at the end of Prohibition. Benito “Benny” Bellarosa, a New York gangster, is attempting to make good on his promise to become a respectable businessman and join the board of the New York Bank and Trust. Meanwhile, his rebellious daughter Rosalie concocts a plan to free herself from the confines of her room. She leads Benny to believe that she is “in the family way,” hoping he will allow her to leave the house and marry her boyfriend. Unfortunately, Rosalie’s lover disappears and Benny is left with more suitors (and daughters) than he can handle. Mistaken identities abound as Benny contends with his frantic wife, bumbling henchmen and an ambitious accountant. With the bankers arriving any moment, Benny is desperate to find a suitable husband and get a ring around Rosalie!

Talks About “Ring Around Rosalie”

A: The city of Lubbock, TX (where I live) recently went completely "wet" and that of course got me thinking about Prohibition and the end of it. I thought it might be interesting to explore what happens when something illegal becomes legal and what the people doing it illegally are left now to do. This led me to the day that Benny Bellarosa decides to go legit. What could I throw at him that would complicate things? An accountant who is stealing from him, a daughter pretending to be in the family way, and a girl posing to be his daughter. Then it was just a matter of using these elements to ruin Benny's day in the most comical way possible.

A: It in the original production, it was pretty much unanimously agreed that Giuseppe Figaro was the funniest character/part in the play. Setting him up with the clipping at the beginning was fun, paying it off in his scene with Danny was most gratifying. Benny was also very fun to write, because he basically controls the entire rhythm of the show.

A: The show started with Benny and then I literally just created characters who could ruin his day ... the maid that wanted to quit, the wife who lived in the lap of luxury and complained about it, the scheming daughter, thieving account, bumbling associates, bitter nun, meticulous tailor, etc. These characters are not based on people that I know, but I always write my characters with specific actors in mind. It helps me develop the roles.

A: As always, my goal is to entertain. My goal was to set up a farce that paid off well with lots of comic lines and bits of business.

A: I hope the directors, actors and audiences involving with future productions of RING AROUND ROSALIE enjoy it as much as the original company did.