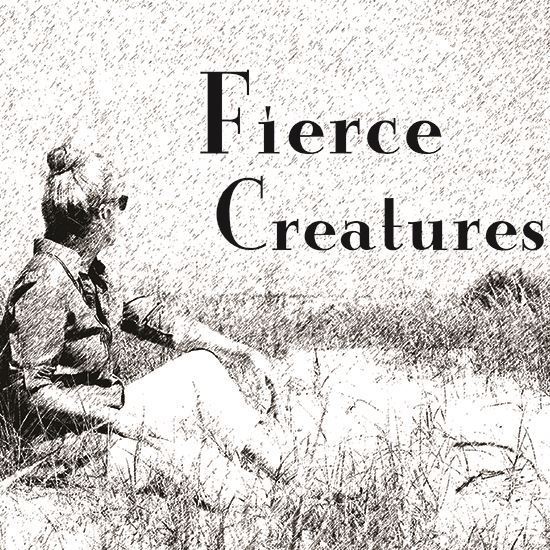 “Miracle worker” Annie Sullivan Macy wakes on a lonely stretch of beach. A mysterious hermit encourages Annie to debate and share pieces of her life with him, including her greatest accomplishment, teaching the famous deaf and blind girl, Helen Keller. Like pieces of a puzzle, Annie’s memories spring to life, revealing hard-won victories, childhood horrors, and a rise to stardom. Annie discovers that she and Helen are forever connected, but who needs who? As Annie wrestles with this question, one more secret remains locked within her, and this mysterious man is going to draw it out - no matter the cost.

Lisa: My daughter and I were reading a children’s biography about Helen Keller together. I was deeply moved by the story of these incredible women.  I had seen a couple productions of William Gibson’s The Miracle Worker in my college days. It’s a wonderful play but I recall wishing it had more details about Annie. As far as I could tell, there weren’t really any stories that used Annie Sullivan Macy as the central character and the idea peaked my interest. Todd thought it was a great idea and we started our six month research process.

Todd: It was Lisa’s idea. We were writing a screenplay for Hallmark Movies and Mysteries at the time. It was really amazing to jump back and forth between the character of Annie in Fierce Creatures and Amanda (in Christmas Homecoming.) Despite very different backgrounds and time periods, both characters are strong and determined but also damaged in very different ways.

Todd: I have two favorite parts. When Annie first arrives at the home of the Keller’s and you hear about the history of Tuscumbia, Alabama. Captain Keller talks about the tornado that struck their town and he ties it into how he feels about his daughter. I also love the section when Annie and Helen are in Hollywood, meeting movie stars like Charlie Chaplin.

Lisa: the 1920s era is so much fun to stage! Writing new jokes for comedian Jack Benny was pretty wild. It’s amazing to think that Annie and Helen performed on the Vaudeville circuit. I love the standup comedy in that scene because it contrasts the tragedy of Annie backstage, hiding her blindness and poor health from the public. It makes it even harder for her when John comes to her begging for money, right before she’s about to step out onto the vaudeville stage.

Tell us about the characters.

Lisa: This is a play about identity – and we see many facets of Annie’s personality in this play. Teacher and Annie (at various ages) are incredibly meaty roles for actresses. Historically, Annie had such a sharp wit. Many of the zingers in the play are direct quotes from her. Annie described herself as a “contradiction.” She was a complex, fascinating character to write. As dark as her childhood was, she was also a woman with a fierce personality, vulnerability and great sense of humor. The mysterious hermit who lived in the sand dunes is based on a real person. He’s literally mentioned in only a few sentences in a biography on Annie Sullivan Macy. As a child, Annie befriended the man, and called him “Captain Dad.” That seemingly insignificant bit of information shaped an enormous portion of the play for us, especially knowing her sad, estranged relationship with her own father.

Todd: Many of the characters in this play are based on real people from history. Whenever possible we used real names and tried to incorporate as much of our research into the dramatic narrative as possible. It’s a great play for actors because the characters are so colorful and specific because of that historical element.  We also tried to incorporate real events from history to add even more specificity and flavor. The tornado described by Captain Keller actually happened during that time in Tuscumbia.  The girls talking about fashion was pulled from a magazine of that time period.  A lot of people may not know it, but Helen actually made a silent movie in Hollywood – and it bombed.

Lisa: On 9/11, the Helen Keller museum in New York City was badly damaged. Many of the archives were lost. It also seems the story of Helen Keller and Annie Sullivan Macy is no longer trending in schools. When I asked my college students if they knew who Helen Keller was, less than a third of the class raised their hands. When I asked if they knew who Annie Sullivan Macy was, no one raised their hand. The human drama of these womens’ lives is rich for theatre – but for us, the desire to preserve history in our small way and raise awareness was a big incentive for writing this play.  Celebrating teachers? Creating inspiring stories about people with disabilities who achieve extraordinary things? That sounds like something worth writing about!

Lisa: Although the role of ANNIE is written for one actress, I directed this play with seven actresses (ages ranging 12-16) playing ANNIE at various ages. I used her signature green glasses as a unifying element and it worked beautifully.  The play is highly flexible as far as casting and has incredible opportunities for age diversity. It would be beautiful in a community theatre setting but the play is equally powerful with a younger talent pool.  If you decide to direct it, feel free to get creative with casting. Have fun!

Todd: Annie Sullivan Macy had a tough life. We tried to be very careful about how dark we took the play, particularly in the asylum scenes. We wanted to be true to her struggle but also have the play be appropriate and accessible to our younger talent pool. Based on feedback from the audience seeing the run of the production, I think we hit the right balance.