A famous doctor, who is destined to make a world-changing discovery, has been killed in a car accident, and two angelic members of the “Representatives of Order” have 48 hours to assemble a group of possible candidates to reverse time and save the doctor’s life. The price? Three of the candidates must be willing to serve as a substitute, trading their lives for his.  What would you do for the greater good? The eight people must quickly decide during a hearing where the “Forces of Chaos” are working against them, and all are adjudicated by the ominous “Judgeme...


Challenger: To Touch the Face of God tells the powerful story of the Challenger disaster of 1986. It dramatizes the stories of the seven individuals who tragically lost their lives in this event, while also drawing attention to the controversial circumstances which led to one of NASA’s blackest days. Although some of the scenes depicted are fictional dramatizations, many of the sentences are the actual words used by the astronauts themselves. Scenes and settings flow seamlessly together with only lighting to distinguish them. The result is a hard-hitting and ...


Joel Pulley, a struggling comic book artist, has his narrow world turned upside down when an over-eager stray dog shows up at his door… repeatedly! This excitable canine is unwavering in his pursuit to be Joel’s best friend. And Joel, not exactly an animal lover, is just as unwavering in his attempts at getting rid of the dog, especially after a messy fiasco between the dog and Taylor, Joel’s shallow new girlfriend. It isn’t until the escape-artist canine is almost run over in the street by Monica, a vet, that things change… for everyone. She convinces Joel t... 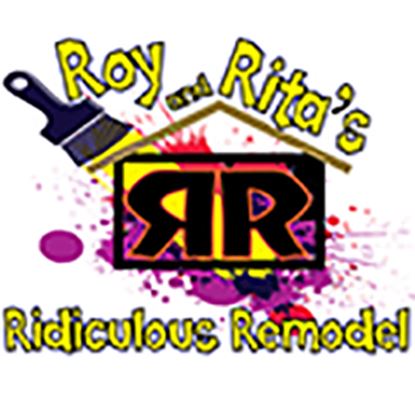 
Reality TV stars Roy and Rita Rafferty are full of energy and excitement for their home improvement audience. However, the ratings for “Roy and Rita's Ridiculous Remodel Show!” are looking bleak. After filming only ten episodes, the network has informed them that unless they can boost their ratings – drastically! – this episode will be their last. Roy and Rita consult with their production team and, as a last ditch effort, decide to do a kitchen remodel in 24 hours and film it all live! But can they pull it off with an oddball construction crew? The electrici...


Young Geoffrey, engaged to September, has just arrived at her family's home a day early, but is made to feel more than welcome when asked to join in one of their special meetings. Entitled A.L.I.C.E. for Acceptance and Love Increases Through Confessional Expression, each family member takes a turn confessing their latest error or lie. They are each armed with a small bell, which they can ring when they suspect another's confession is incomplete in any way. First Mom admits helping herself to PTO funds; September reveals she dyes her hair; then Aunt Edna expos...