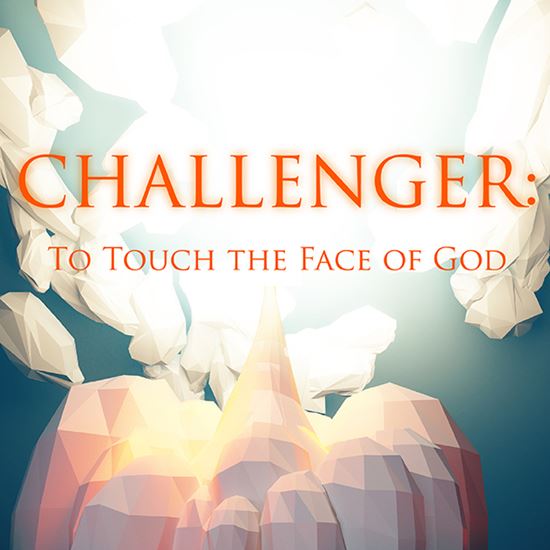 Challenger: To Touch the Face of God tells the powerful story of the Challenger disaster of 1986. It dramatizes the stories of the seven individuals who tragically lost their lives in this event, while also drawing attention to the controversial circumstances which led to one of NASA’s blackest days. Although some of the scenes depicted are fictional dramatizations, many of the sentences are the actual words used by the astronauts themselves. Scenes and settings flow seamlessly together with only lighting to distinguish them. The result is a hard-hitting and emotive story that is strengthened by the knowledge that it is based on a real event, an event that left an indelible mark on the fabric of America. About an hour.

CHALLENGER: TO TOUCH THE FACE OF GOD

Despite being only five years old at the time, I have a very clear memory of the Challenger disaster and how it shook the world. It is an event I have often re-visited in my head and tried to place myself in the situation of those affected. A few years ago, I watched a documentary on the disaster quite by chance, and it drew attention to the controversial issues surrounding the ignored warnings. These were already good ingredients for a hard-hitting drama, but I was interested in exploring the lives of the astronauts themselves and to humanize who we often just remember as a number. I wanted to present their stories.

2. What's your favorite part or line in the play?

The ending is, I feel, very powerful. As the company counts down to launch and we are reminded of various lines from the play, it is very moving when the lights fade and we are left in total darkness, with only the image of the tragic event. This works very well and has a poignant impact.

3. Tell us more about the characters.

The characters are mostly dramatized versions of the real protagonists of this story. There is little evidence that some of the more personal episodes of the story actually happened, but it helps to humanize them. When mixed with some of the events that did actually happen and some of the words that were used, it makes for a powerful story. The other characters - particularly Beggs, Boisjoly and Jay - are all important, and this is as much their story too.

I wanted to do justice to this story. I wanted to exploit the drama of the incident while trying to sensitively handle the victims themselves. I also wanted to draw attention to the controversy surrounding the situation, one which could have been avoided.