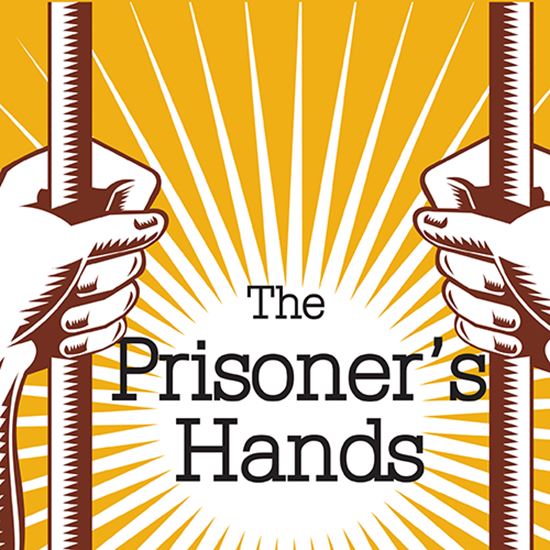 This is the story of a killer, her relationship to the family of the victim and her relationship to her own conscience. The play opens in a courtroom with the murder victim’s blind sister, Whitney, giving a family impact statement. Her personal sentence seals the fate of Cheek, the defendant, far worse than any court punishment of “life in prison” could ever do. “I sentence you...to see the image of my sister's face in your hands. I want your hands to be the constant reminder of the horror you saw in her face as you squeezed the life out of her...I want this image in your mind every minute of every day for as long as you live.” In prison, Cheek experiences that vision daily, an unending reminder of her hideous act. It makes her life impossible. Will a surprise visit change the situation?

TALKS ABOUT HIS PLAY THE PRISONER’S HANDS

A: The inspiration for "The Prisoner’s Hands" comes from a book by author Ben Mikaelsen entitled "Touching Spirit Bear," which features a character whose life is changed by an encounter that forces him to reflect on his past and behavior.

A: My favorite moment is when Whitney and Cheek meet at the end of the play.

“Her face was the last thing I saw before my eyesight was taken from me. The memory of that bright smiling face was always my last…wonderful vision of my sister. That is until I sentenced you to seeing my sister’s agonizing expression as you choked the life out of her. I not only sentenced you but I sentenced myself too. I’m here to correct that. Something that could hurt us forever needs to be removed." - Whitney Reagan

A: The characters were not consciously created from anyone I know. The story dictated how the characters developed. The pain of a mother’s loss of a child:

"A part of me died the day you killed my precious, precious daughter. There will be no more good morning hugs or…‘good-bye, Mom, I love you!’ as she rushes out the door.” - Mrs. Reagan

The deep love Whitney had for her sister: "When she killed my sister I lost my eyesight for a second time.”- Whitney Reagan

Cheek explaining what happened in her life that created her negative attitude:

“I can’t tell you how many brothers and sisters I had…mom didn’t even know. I heard her tell a social worker…‘I think I had more boys than girls.’ ” - Cheek

The prisoners were added as the story evolved. Each has their own story and personality. The irritating and overly talkative Billie was the “not so” perfect roommate for Cheek and fun to write. “I just like to talk. I've been that way forever...at least since I was three years old. I could never shut-up. My old lady thought I had the gift of gab. She said I was just like her mother. I've tried to stop but I can't do it.” -Billie

A: I thought - what if somebody sentenced a killer to see their victim’s face in their hands?

“I sentence you … to see the image of my sister's face in your hands. I want your hands to be the constant reminder of the horror you saw in her face as you squeezed the life out of her…I want this image in your mind every minute of every day for as long as you live." Whitney Reagan

This idea forms the premise of the play, the story of a killer, her connection to the family of the victim and her relationship to her own conscience.

Every criminal has a back story, it doesn’t necessarily justify what they did, but it can help you to understand.