There’s nothing like real, live storytellers to catch the imagination of youngsters. With these six tales, each told by a pair of storytellers, students can go on an enchanted voyage, whether they’re in a classroom, cafeteria or theatre. Let your young audiences, from grades 2 through 9, connect, learn, and be entertained through these inventive scripts in one of the oldest forms of entertainment -- storytelling! Running from 6 to 12 minutes each, they include: "Anansi and His Children,” the classic African folk tale of a man and his unusually named children;...

My Stupid Cat Named Max...and Other Plays for Young People


These four plays are ideal for young actors in school, for children's theatre groups, or even for summer camp talent shows. With plenty of rhyming and choral recitation, they can be presented easily with only a few rehearsals. Though each requires strong leading characters, any number of children can participate. Included with each piece are suggestions for simple staging, but feel free to use your own creative ideas. 30-40 minutes. Each play is 7-10 minutes long.

Plays For Teen Actors - Vol I 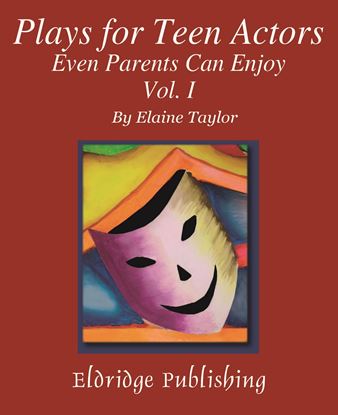 
Enjoy these three short plays in your middle school or junior high classroom. All three plays have roles which are mostly flexible in gender to include as many students as possible. The plays have interesting plots, easy settings, and short, easy-to-learn lines. Your student actors will have fun developing and portraying the varied characters. Young actors will enjoy performing them for their classmates and parents, too! Plays include:

1400 Boxes of Jello and Other Monologues


These 21 monologues for teen actors are wise, witty and full of twists and surprises. Each opens a unique window on either a familiar fairy tale character, an unusual historical figure, or a present-day youngster. There's Snow White's teenage daughter who's shocked to discover that her mom lived with dwarfs and worked as a maid! Or Lizzy Borden confessing her crimes to her last victims, knowing they will never tell. Or the high school girl whose breakup with her boyfriend leads to tragedy. There's also the narrator of the title monologue who can't understand ...

A Lot Of Hooey


Helen is an older woman, clearly well-bred and wealthy. She recalls when women only had their name in the newspaper for their wedding or obituary - a bunch of hooey! She's gonna change that. She's dedicating all her money to improve coverage of women in the media! (drama)

Better Than The Best Ride


Marcy, a teenage girl, tells a friend how much she means to her-the big sister she never had and an amazing friend all rolled up into one. (drama)

Birth Of An Actress


A high school girl wonders why, after being in the chorus for so many previous school productions, she can't get the lead role. She should consider other careers for her future, but she loves the warm lights, the smell of makeup, and most of all, the applause.


Monica, 27, reflects on the lack of love or romance in her life. While her girlfriend has already been married and divorced twice, Monica's dates, when not disasters, lead no where. Her parents still hold hands and love each other deeply. She wonders if she'll find that forever kind of love. (drama)


What bridesmaid has ever liked the color or style of her dress.much less the hat! This bridesmaid may be forced to wear an awful outfit, but someday she'll get married and get her revenge with the bridesmaids' dresses she picks out!

Chilly Dog and Other Plays


Here is a fun-filled collection of seven short comedies and dramas about teens and young adults in various delicate and outrageous situations. Replete with true-to-life characters, the plays abound with suspense, secrets, revelations, laughter, poignant moments, and surprising twists at the end. "Interview" deals with an impatient job applicant who doesn't realize that the interview is taking place already. "Chilly Dog," the title play, is a howler. Just what is in Mrs. O'Malley's cooler? Soft drink? Well, yes, and the family dog, on ice, to bid its final adi...


Estelle has been drinking - a lot - and trying to share the details of her dream with a girlfriend who really isn't listening. (drama)