When Ernest Believed in Santa


Crazy, colorful Buster and Martha Smith, an elderly couple, are awaiting the arrival of their children and grandchildren for a traditional Christmas homecoming. They reminisce, in flashback, about the Christmas of 1955 when their youngest son, Ernest, hid "Santa," a man who had just robbed the bank, in their attic. While the robber tells Ernest fantastic stories to keep him believing, Buster tries to find the stolen money to earn the $1,000 reward to provide a good Christmas for his family. Martha must remind him of the real meaning of the holiday. Later the ...


The Soda Springs Junior High School choir has almost completed their holiday singing tour when their bus breaks down in a snowstorm on the back roads of Idaho a few days before Christmas. The students and the injured teacher find refuge in a closed-up lodge where the conflict is heightened when we learn that Treat, a bitter and troubled 14-year-old, knows how to fix the bus but won't. Naturally this causes a few problems among the kids, including Chuck and Eric, two wise guys; Holly, who is reliable but a bit dramatic; Bobby, a follow-the-rules man; and Lotti...

A Christmas Carol: The Ghost Story of Christmas


One Christmas Eve, as carolers gather about a fire, a young boy who cannot sleep discovers a book on his desk. As he opens it, the portraits of his ancestors come alive to take him through the journey of its story. The book, of course, is "A Christmas Carol" and in his travels, the boy meets a man on another journey, Ebenezer Scrooge in the company of the Spirits. This is a startlingly different adaptation of Charles Dickens' Christmas classic. The use of the three Ancestors to do the narration provides an active way to tell the story. These master raconteurs... 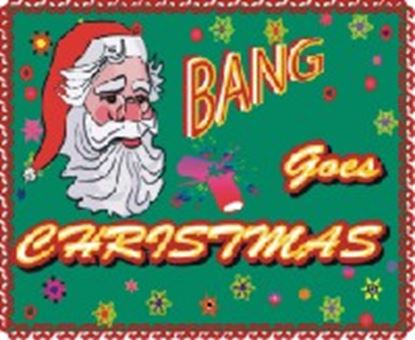