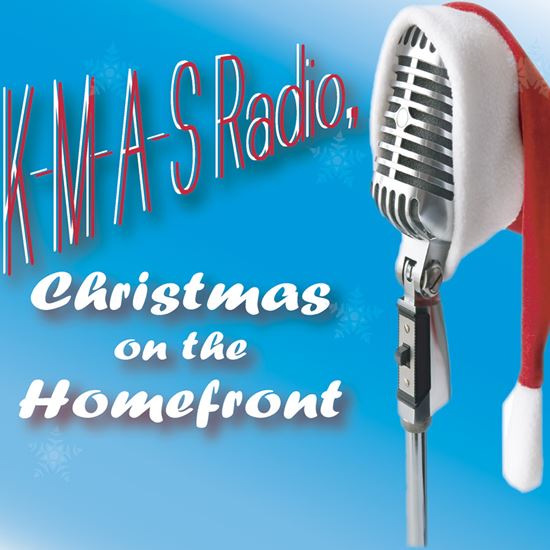 It's December, 1944. K-M-A-S Radio station manager Arthur Kensington hopes a special show will raise the ratings and advertising dollars, but his staff is in disarray. There's a dyslexic sound man, a poetry/drama queen, and pompous crew of actors, including one who has written a new radio play retelling the Nativity as a hard-boiled detective story. On top of that, everyone's hopes are dashed when an anticipated visit from the famous singing Andrews Sisters turns out to be the not-so-famous Epstein Cousins. Oh, and did we mention the orphans, the rival radio station's gang of hoods, and an Army hero who makes an impression on a young man dreaming of war's glory? Mix them all together, and see the wonderful results when K-M-A-S finally goes on the air for the biggest Christmas Eve show ever! Full evening.

CHRISTMAS ON THE HOMEFRONT"

A.: I have always been a fan of old- time radio, especially radio drama and how they were produced. I am also a bit of a World War Two history buff, so it seemed like a logical mix. My friend and occasional producer, Thom Sneed, and I brainstormed on how the two could be put together, while instilling a sense of hope and redemption. Hopefully, that's what folks will take away from this work.

A.: On the comedy side, it would be when the "Epstein Cousins" are first introduced. It was fun to write and then see come to life on stage-our audiences just roared. On the serious side, perhaps it's when Jimmy salutes John at the very end. Hopefully, that says much more about John's redemption and Jimmy's growth than a whole page of dialogue could.

A.: They are all purely figments from my overactive imagination. I did some extensive research into things like rationing, gas coupons, and the war situation at that specific time, but the characters are from the mind of Dave. A scary place, trust me.

A. To help take folks back to a time when sacrifice and reliance on each other seemed more keen.and to shine a light on the hope of Christmas. And, of course, to allow the audience (and cast) to have a hoot.

A.: Just to once again thank all those who worked hard in rehearsing and then performing the show. I hope those efforts have only made the script better, and that new audiences will enjoy this show just as much, and walk away feeling a bit redeemed themselves (along with the a smile on their face).