9 characters plus carolers and Munchkins


The main characters of Oz are mixed with the mean Miss Gulch, who is about to foreclose on the farm. Knowing they need the help of the Wizard, they make the trip to Oz, only to find a sign - "Closed for Christmas." They decide to have Christmas in Oz and the Wicked Witch reappears. Dorothy gives her her first present ever, magic slippers, and the witch is so overcome with joy that she becomes a better person. When Miss Gulch arrives to foreclose, she is invited to share their Christmas. They all learn that the best way to celebrate Christmas is to share it wi...

Drama by Joel A. Osborne


Here's a delightful and easy-to-do version of Dickens' Christmas story, faithfully adapted for young people and their families. Originally written as a touring show, it is adaptable to any theatre or stage facility. All the beloved characters and scenes are included: Scrooge and Cratchit in the counting house; the Ghost of Christmas Past; Scrooge’s sweetheart Belle at the Fezziwig ball; the Ghost of Ghost of Christmas Present and the Cratchit home with Tiny Tim; and even the sensitive scenes at the pawn shop and graveyard. Of course, there’s the happy ending ...

The Nutcracker and the Mouse King


This much loved tale is mostly known as a ballet. However, it began as a classic story of literature by a German author, E.T.A. Hoffmann. The story involves an eccentric inventor whose nephew has been turned into a nutcracker doll by a curse. In order to break the enchantment, the Nutcracker must destroy the Mouse King and find the love of a maiden even in his wooden state. Clara, the inventor's godchild, receives the Nutcracker as a Christmas gift and falls instantly in love with the wooden doll. In a fantasy world, where all the toys come to life, Clara hel... 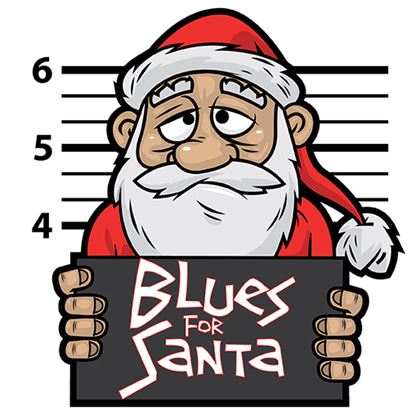 
In a small police station Julius Buttrum is having his usual difficult time meeting the demands of both his superior, Lt. Frank Rhule, and his girlfriend, Emily. The capture of the notorious Big Al Gang in this sleepy coastal community has touched off a panic at the station. As it is Christmas, Julius is the one who has to watch the gang throughout the holiday. However, the mild-mannered police officer is under the impression that the Big Al Gang is actually Santa Claus, his helpers and reindeer. Can Santa save Julius from his much put-upon life and bring him...


It's 1841 and Christmas at Moor Manor doesn't promise to be a happy one. The two daughters of the late Lord Fairchild deeply mourn their father's death. Lady Fairchild has invited her old pupil, now Queen Victoria, and her new husband Prince Albert, for Christmas hoping their presence will cheer her daughters. But the girls act even worse than before. On Christmas Eve, as they are about to run away, they bump into five orphans who have been hiding in the house stealing food. Roused by the commotion, Queen Victoria devises a plan for their "punishment." The or...


This 45-minute operetta, with over 15 sparkling songs, is the perfect choice for a combined grades presentation. Based on Dickens' "A Christmas Carol," the parts of Scrooge, Fred, Bob, Jacob Marley's Ghost, Mrs. Cratchit and 2 Gentlemen can be played by older students while the parts of Peter, Tiny Tim, Ragamuffins, Grocery Lads and Shopping Lasses can be played by younger students. Other characters, including Angels and Festive Ghouls and Ghosts, are ideal for any age students. In addition to the even distribution of parts, the song melodies are within easy ...