The Widow in Mink


Margaret Osgood, a sweet, quiet woman who is somewhat oblivious to details, is now shocked to find herself a recent widow and quite wealthy. She tries to adjust to her new life, first by buying herself a mink coat, a long-awaited extravagance, and joining the Wandering Widows’ Club where she makes good friends and creates a new social life. She soon finds herself pursued by Charlie, her late husband’s business partner, who questions her desire to donate much of her new-found money to charity. Is he just concerned about her financial future or is he more inter...


“So you want to commit a murder.” This is the first line in a book purchased by Myron Bernhart. And here’s a guy who knows his books since he’s collected some rare ones and proud of it. That is until his nagging wife, Marge, decides to sell them. He tries to reason with her but is argued down, not only by her but the Civic Arts League, her cronies who, of course, meet constantly at their house. When all else fails, Myron realizes it’s time to take drastic action and plans it all out. Of course, his imagination tends to wander a bit--from German psychiatrists ...


At the end of the 1940s an old theatre building is about to be torn down. As the theatre’s acting troupe is packing up the props, costumes and set pieces, an old magician’s trunk is wheeled onstage. Suddenly, members of the company are turning up dead. Margaret, the director’s assistant, is the only witness to these crimes, and no one will believe her! Can she solve the mystery, or at least convince her fellow cast and crew about the sinister happenings, before the entire company is doomed? And when ghosts from the past mysteriously return, will former victim... 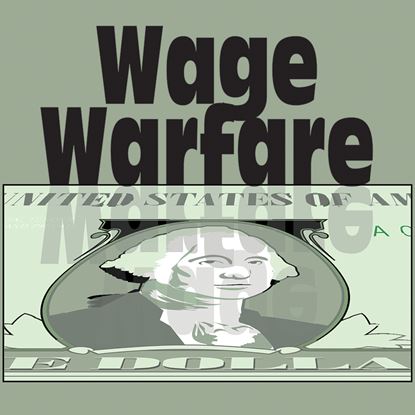 
If you've ever had a job, or wished you hadn't, this office comedy is for you. Even on a good day, tensions run high in the customer service department of The Treasure Chest because of two female coworkers who can't stand each other, and a third who is constantly stuck in the middle. But when a chance for a promotion suddenly appears, all three women find themselves fighting for the job, although they don't all fight fair. Will the promotion go to daydreamer Hope, saintly Bonnie, or snarky Louise? A madhouse free-for-all of schemes, sabotage and unlikely alli...


You think it's easy to write a murder? Just ask the Marquis Crossing Ladies Society for the Arts. They decide to do just that, especially when they find out they have to pay royalties to do someone else's play. "Anybody can write a murder," Emma tells the others, and Opaline immediately begins to try to strangle the other members "just to figure out how to do it." The ladies soon find themselves writing an "operatic murder mystery dinner theater with possible audience participation," providing no one sells fruit to the audience. Then two actual convicts on th...

The Money in Uncle George's Suitcase


When Uncle George invites his whole family up for a weekend of fun at his rustic cabin, he actually wants them together so he can read his will. But between the bequeathing and his rambling stories, George drops the bomb that somewhere on the property is a suitcase holding four hundred and eighty thousand dollars! What follows is a hilarious farce of pettiness, slander, and greed. The relatives end up wrestling each other, falling down the stairs, and getting stuck in the furniture. "Yep, we're gonna have lots of fun!" says George as he's seen carrying a shov...


Ideal comedy for community theatres! Ned is the 30-ish son of Ma and Pa Boodle whose efforts to introduce girlfriends to his family don't turn out very well. His family is somewhat "colorful"-his mother is a June Cleaver type at her homiest; his father is pretty clueless his grandpa manages a cat (rescue) house; and his sister Lulu is a hypochondriac with an equally germ-o-phobic boyfriend, Luke. Also there's the ever-helpful Jack, who resides in a cardboard appliance box in the middle of the Boodle living room, and the neighbor, Mrs. Doodah-Doodah. But Ned's...