I have been teaching theatre at Laney High School in Wilmington, North Carolina since 2011, having spent the previous 8 years teaching physical education.  (Weird combo, right?)  When not at work I like to go out adventuring with my son Rhett and our two dogs (Delilah and Jezebel).

I’m a 6th degree black belt in Isshin-Ryu Karate, and along with my older brother Byron, I own and operate a commercial dojo here in Wilmington. As I write this, I have more than two dozen shows published, and I have really grown to love writing for my kids and now getting to share it with a much larger audience! 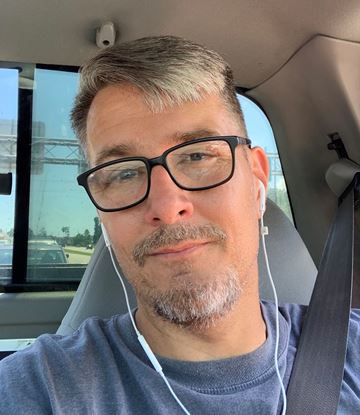 
A famous doctor, who is destined to make a world-changing discovery, has been killed in a car accident, and two angelic members of the “Representatives of Order” have 48 hours to assemble a group of possible candidates to reverse time and save the doctor’s life. The price? Three of the candidates must be willing to serve as a substitute, trading their lives for his.  What would you do for the greater good? The eight people must quickly decide during a hearing where the “Forces of Chaos” are working against them, and all are adjudicated by the ominous “Judgeme...


For as long as they can remember, Alex and his friends Matt, Chad, and Chelsea have spent Friday nights fighting the undead, casting spells, and rescuing fair maidens with the roll of the dice, a little luck, and a lot of imagination.  This week they have invited a new player, Eddie, to join them. Because it’s his first time playing, he has a lot of questions through which audience members with no gaming experience can understand the action and enjoy the imagined scene that is actually a part of a fantasy role-playing game.  The teens’ goal is to return the “...

I Want to Give You My Heart, and Eat Your Brains


Ethan is a typical high school junior, well ... typical with the exception of the fact that an attack three years ago left him as one of the undead.  Previously discriminated against, zombies (such an ugly word) have been now given the chance to attend public school, with Ethan being chosen as the first openly undead student in his state to do so.  As he chronicles his journey on YouTube, Ethan learns the ins and outs of fitting in when you're obviously different. This humorous story has an inclusive theme and tackles the difficulty of not feeling normal duri...