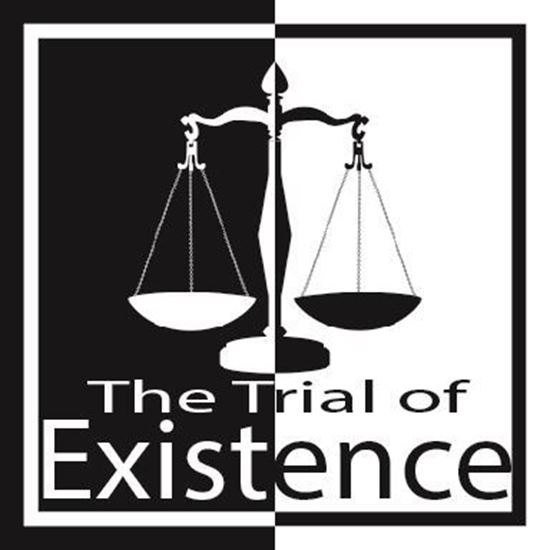 Portrayed in a fantasy-based courtroom we see ominous “Judgement” begin the Trial of Existence. Every 100 years the “Forces of Chaos” can choose to test humanity and a single candidate is chosen to stand trial. Should this candidate fail, all mankind will cease to exist. While Michael and the “Representatives of Order” see the best in all of us, they must quickly name a candidate and in finding Erin, they put their faith that she is the one to represent us all. The test is 24 hours of challenges in pride, greed, wrath, envy, lust, gluttony, and sloth. If at any point the candidate fails four of the tests, the trial ends immediately and humanity is doomed. Can Erin show the strength that Michael sees in her, or will she fall to temptation? About 30 minutes.

This play is set in the same world as another show I wrote ("The Hearing," also available in the Eldridge Catalog) and for me it was a continuation of the concept that humanity is basically good and moral, especially when our backs are to the wall.  It's not a sequel... as this show stands on its own, but it does involve some of the same characters.  So, if you like this show, check the other out!

There's a point where Erin really seems to have lost her way and is about to lose the Trial of Lust, but she rallies and does the right thing.  It doesn't always work out that way in real life of course, but when it does it's a really beautiful thing and I wanted to show that here.  She's rewarded at the end when it's revealed that her biggest desire is going to come to life.

That happens in all of my shows.  Erin is based on someone very specific that is not in my life anymore but was for a long time.  Michael has taken on a lot of the characteristics of the actor who played that role in "The Hearing." (In fact, in the earliest draft of the show I had actually put his name down as Jacob, which is actually the name of that actor.  When we were doing an early read through the actor asked me, "What happened to Michael?" and I had to go back and change the name to the right one!) Even Ataxia is loosely based off of a long time friend (I know... what a nice person...)

First and foremost any show should be entertaining.  If it's not entertaining then it's not worth doing in front of an audience.  But beyond that, I think this show allows an actor to be introspective on their own strengths and weaknesses as a person.  I mean, I know I thought a lot about which of the seven deadly sins were likely to do me in, as opposed to others that I am less likely to be affected by.

If you have any questions about anything at all you can always contact me.  I can be found on facebook, twitter (@bhollandplays) or through my website (brenthollandplays.com) I try to get back to people quickly and I am always happy to discuss anything you are unclear about.  I also enjoy interacting with your students so if you would like me to talk with them via skype or zoom, I am always excited to make that happen as well.  Minor changes in the script are always fine by me.  I have been blessed with a long leash at my high school as long as I keep it appropriate but I know that in some places certain words or situations don't fly.