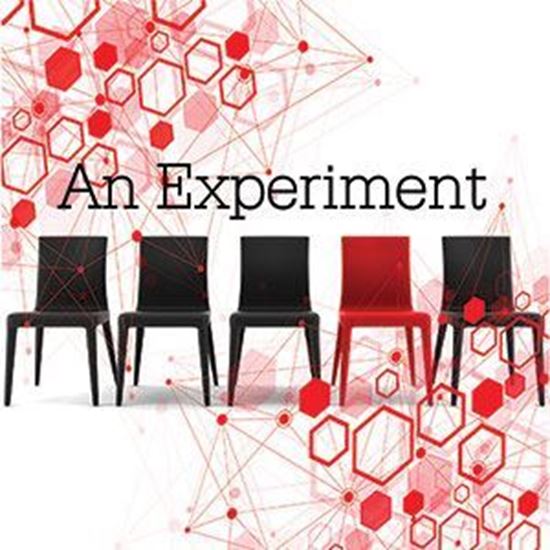 Portrayed in a fantasy world, five confused participants wake up with no memory of their past life … with only one word, a personality descriptor (such as compassionate, courageous or orderly) written in type on their shirts.  The doctor explains that each is here willingly, and that they are all being compensated for their participation in a research study. Will the assigned attribute of each participant affect their behavior when under extreme duress? Once the experiment begins and they find out that to lose is to die, all five do what they must to survive the experiment.  The Hunger Games meets Survivor in this experiment. This show requires very little set, few costumes, and is entirely gender flexible.  It is perfect for one-act competitions. About 25 - 30 minutes.

Playwright Brent Holland Talks About His Play "An Experiment"

What Inspired you to write this play?

Desperation!  Seriously…we were headed to regional competition with a pair of plays that were both ensemble pieces and Hurricane Florence hit us with a vengeance.  No power for five days and no school for more than three weeks!  Two ensemble pieces went out the window as we didn’t have time.  What I did have was six students who could stay after school and put together another play so that we could still fill both our slots. I literally wrote this play on my lap top hooked into the power from my truck. Fortunately, I knew the kids I had pretty well, and the parts fit them pretty well. The play went great and ended up being the bright spot of hurricane Florence. (At least for me!)

What is your favorite line or part in the play?

It’s a tough call between the turn that Devious makes at the last moment (influenced by the actress that killed it on stage for me!) and the outro that shows how Devious wins her 9th consecutive experiment.

I like telling stories and I love fantasy-based plays. There are so many unanswered questions in a piece like this that can be filled in by creative actors. At the core, I started just wanting a competitive play for the festival, but I really grew to like Courageous, Devious and the rest of the gang.

Do you have anything else you would like to add?

I hope you have as much fun doing this play as we did.  The names of the original cast is listed in the front of the script and they did so much to add to what I originally put on the pages.  I am thankful to Eldridge for the opportunity to share this play with such a wide audience.