You think it's easy to write a murder? Just ask the Marquis Crossing Ladies Society for the Arts. They decide to do just that, especially when they find out they have to pay royalties to do someone else's play. "Anybody can write a murder," Emma tells the others, and Opaline immediately begins to try to strangle the other members "just to figure out how to do it." The ladies soon find themselves writing an "operatic murder mystery dinner theater with possible audience participation," providing no one sells fruit to the audience. Then two actual convicts on th...

The Money in Uncle George's Suitcase


When Uncle George invites his whole family up for a weekend of fun at his rustic cabin, he actually wants them together so he can read his will. But between the bequeathing and his rambling stories, George drops the bomb that somewhere on the property is a suitcase holding four hundred and eighty thousand dollars! What follows is a hilarious farce of pettiness, slander, and greed. The relatives end up wrestling each other, falling down the stairs, and getting stuck in the furniture. "Yep, we're gonna have lots of fun!" says George as he's seen carrying a shov...


It's business as usual for Wilson and Associates, a suspiciously funny firm consisting of three flat-broke lady con-artists. They'll do practically anything to meet the rent, from reading horoscopes over the phone to renting themselves out as graveside mourners. One client, a dithering old lady, absent-mindedly drops the tidbit that she has just held up the local bank and the action springboards from there. The girls find themselves in a web of arson, counterfeiting and robbery and then, their worst fears are confirmed, the Better Business Bureau shows up! On...


Veronica Blather is a sweet little old lady who spends most of her time knitting and solving murders, most of which occur whenever she shows up. Understandably she has a problem finding a place to live. When her niece invites her to stay at a retirement home for old knitters, it seems ideal - until one of its members dies from drinking poisoned punch. Who did it? Was it Matilda, the president of the Crazy Quilt Club, or Lydia, who likes to die on Tuesdays? Could it be Clara, who's a compulsive liar, or the wisecracking Sarafina who doesn't trust anybody and c... 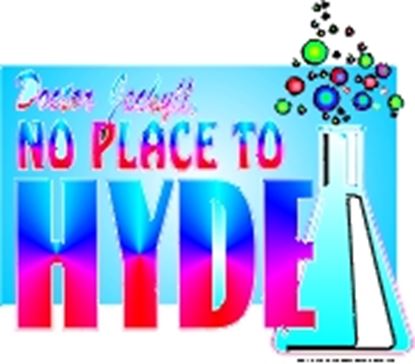