The Lady or the Tiger?


Adapted from the short story by Frank Stockton. A king, known for his cruel nature, finds out that his daughter, the princess, is in love with a common courtier. After much thought he devises a sinister punishment for the young man, as well as for his own daughter. The young man is to be brought to a public arena and forced to choose between two doors. Behind one door is life and marriage to a lady who is a sworn enemy of the princess. Behind the other door is certain death from a ferocious tiger. The princess finds out what is behind each door and plans on s...

Drama by Joel A. Osborne


Here's a delightful and easy-to-do version of Dickens' Christmas story, faithfully adapted for young people and their families. Originally written as a touring show, it is adaptable to any theatre or stage facility. All the beloved characters and scenes are included: Scrooge and Cratchit in the counting house; the Ghost of Christmas Past; Scrooge’s sweetheart Belle at the Fezziwig ball; the Ghost of Ghost of Christmas Present and the Cratchit home with Tiny Tim; and even the sensitive scenes at the pawn shop and graveyard. Of course, there’s the happy ending ... 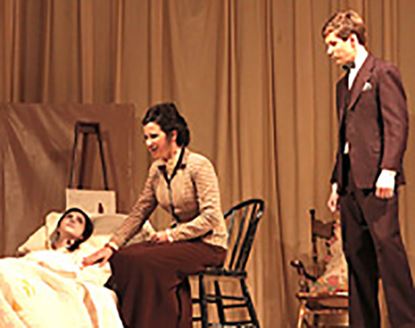 
Two girls pursue art careers in New York, sharing a dingy, one-room flat. One grows sick when her paintings fail to sell. Only a vigorous desire to live can enable her to survive. She counts dead ivy leaves on a vine outside the window, convinced when the last leaf falls she will die. The morning after a fierce wind storm, when surely all the leaves will be gone, she sees a single leaf remaining. (Enjoy more O. Henry in "The New York Stories.")