Squire Fridell holds a master's degree in acting/directing and for over thirty years has taught and directed professionally, in colleges, high schools and elementary schools. He is also a professional actor and may hold the distinction of being the only actor around to have never drawn unemployment benefits. He has performed as principal on-camera talent in over 2,500 commercials and has appeared in some living room, somewhere in America, on the average of once a night selling something to someone. He is the author of two published plays, "The Bard!" and "Greek to Me!" and wrote the definitive commercial acting text, "Acting in Television Commercials for Fun and Profit" (now in its 22nd printing). He has starred in twelve television pilots, five big screen features, and starred/guest-starred in any number of television series and shows over the years. In 1998, he completed his third Equity tour as Professor Harold Hill in "The Music Man" for Musical Theatre West in Southern California, and in 1999 reprised the role at the Lesher Theatre in Walnut Creek for Center Repertory Company. He has been on the cover of "TV Guide" and photo-featured in "Newsweek Magazine." Squire and his wife Suzy live in the heart of Northern California's Sonoma Valley, where they grow and sell Cabernet Sauvignon and Syrah wine grapes. They have a 19 year-old daughter, Lexy, who is a first year acting/musical theatre double major at Carnegie Mellon University. 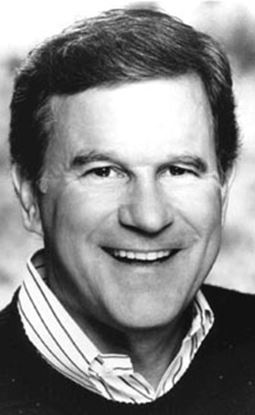 
"The Bard!" offers an enjoyable, approachable introduction to William Shakespeare. In Act I, we discover his world and his realities, his life and his times. In Act II, abridged scenes from "A Midsummer Night's Dream," "Romeo and Juliet," "Twelfth Night," "The Merry Wives of Windsor," and "Macbeth" make the man and his works come alive for both the actor and for the audience. A special music and sound effects CD (#8087T)is available when you order your cast set.