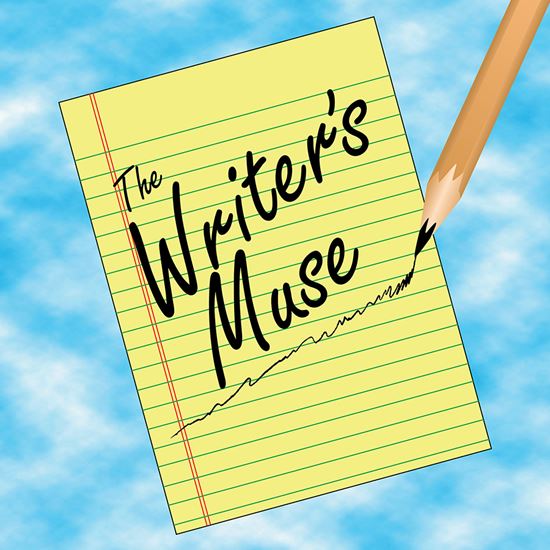 The blank page. It strikes fear into the hearts of writers everywhere, but not student Jan Clark. She thinks writing a novel is the way to an easy A in English class. After battling constant interruptions of well-meaning friends and family, Jan discovers this assignment may be more than she bargained for. All is not lost. Jan is visited by a demanding Muse, who summons a group of struggling actors to play outrageous literary genre characters. As Jan works to finish her story, the actors complain about the size of their parts, the inane dialogue written for them, and the performances of the other actors. Will the Muse be able to corral the actors and guide Jan to her final page? And will Jan have any friends left in the real world? Run time 90 minutes.

A: It comes from an old expression of mine, “People don't want to write, they want to have written.” Many people think that writing is easy. If you know how to type you should be half-way home, right? That was the jumping off point for the play.

A: My favorite part of the play takes place towards the end of the second act. At this point, the actors who are playing the roles in the amateurish romance novel are well established. They keep coming out of character, making wisecracks about each other and, of course, the book. The real people in the writer's life [boyfriend, best friends, family members] are also in and out of the scene. There is the meshing of three different worlds: the writer's real life relationships, the characters from the book and the actors who have their own lives outside of this book performance. It's reality creates fantasy that meets reality. In short, it's crazy fun.

My favorite characters are second bananas. They are immediately recognizable to the audience. The play isn't their story so they don't have to change or grow. Essentially, these characters are the peanut gallery. All my plays have supporting roles like this. The Writer's Muse is no exception. I have three favorites. First, there's Sandy and Sally. Yes, that's two characters but since they seem to share the same brain, they count as one. In second place on my favorites list is Trisha. She's the main character's kid sister and a classic pouty brat. And finally, there's Bobbi Jo. She's an actress playing one of the parts in the emerging novel. She hates her role in the book and isn't shy about telling everyone that.

A: The characters in The Writer's Muse come from my troubled mind. When I'm writing and firing on all cylinders, the characters take charge of the writing. As strange as it sounds, I have trouble keeping up with the dialogue. It's like watching a TV show or a movie and taking dictation. That being said, I did raise two daughters and I have known my share of actors. Inspiration is everywhere. I need to leave it there, before I get into trouble.

A: First and foremost, I wanted the audience to laugh until they fell out of their seats. Comedy is my one true love...but don't tell my wife that. I also strove to create a cast of characters that would be challenging and a blast to play. While those are the basic building blocks of a good comedy, even comedies have an underlying message. The Writer's Muse makes it clear that becoming a writer isn't as easy as some people think. And for a little extra seasoning, I added some advice about the craft from classic writers.

A: The Writer's Muse is a funny, fantastical, family show.