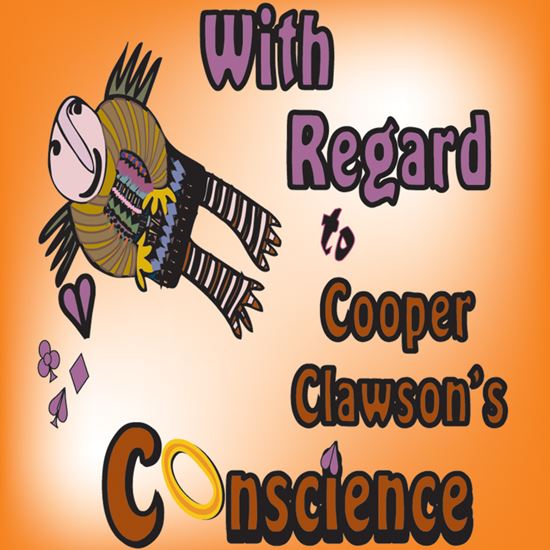 We've all heard the story of the geek who turns chic, but wouldn't it be interesting if the popular kid was forced to become a geek for the good of mankind? Well, that's exactly what happens in this hilarious farce. Cooper Clawson is destined to become a geek, but when his conscience, C.C., decides to take a well-deserved vacation, Cooper is suddenly freed from his inhibitions and becomes the coolest kid in school. Now C.C. must figure out a way to turn Cooper back to the way he was because the fate of the world depends upon it. Full of physical comedy, quick one-liners, and creative supernatural twists, "Cooper Clawson" is sure to be a hit with your theatre group.

"WITH REGARD TO COOPER CLAWSON'S CONSCIENCE"

A: It was really one of those out-of-the-blue ideas. I was thinking of writing a new comedy, and I thought it would be funny to take a geeky kid, make him popular, and then force him back into "geekdom." So many of the geek-to-chic films leave us with the unpopular kid finally becoming cool, and then the credits run. But what happens next? Don't their true colors eventually shine through? It just doesn't seem realistic. Of course, having your conscience come to life is a bit fantastic, but that's where the comedy comes in.

A: My favorite part is when we flash back to Cooper's date with the homecoming queen. This is the epitome of awkwardness, and while I've had some fairly horrible dates (um . junior prom) this scene was much worse than anything I had ever experienced, so I guess it made me feel better about my high school self.

Q: WHERE DO THE CHARACTERS COME FROM? ARE THEY BASED ON PEOPLE YOU KNOW? WHO IS YOUR FAVORITE CHARACTER?

A: Oftentimes, my male lead has something to do with me. I wasn't as awkward in high school as Cooper, but I was definitely not comfortable there. There is usually the popular yet a little bit evil girl in my plays as well, who is based on the snobs I knew as a kid.

Now I teach high school, and it's nice to tell those kids who are struggling that one day they'll realize that all that pressure to fit in and all the ways the popular kids expect them to act really don't matter. I've always believed in being myself, and that's actually gotten me pretty far. I'm honest with people, and because of that, they trust me. CC is probably the kind of person I wish I could be: no limits, no consequences, and completely in control.

A: This is the first time I brought an element of fantasy into one of my plays. I've toyed with it before, but I've never had a lead character be imaginary. I wanted to play with this idea because it allowed me to spread out more, especially since CC could travel through time. I also wanted to respond to all of those superficial teenage films that try to tell geeks that they will only be happy if they emulate the people who pick on them.