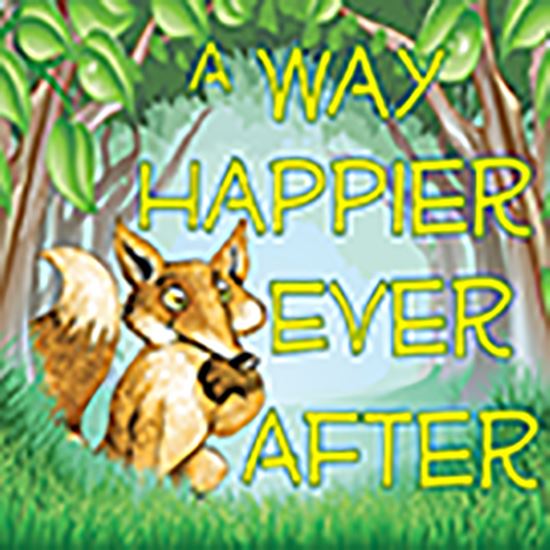 Prudence E. Witch is sick and tired of being burned in the oven while Hansel and Gretel run free. She decides to re-write some of the best loved children’s tales into a more modern narrative. Come join Chicken Little, the Three Pigs, Jack and Jill, Cinderella, Hansel and Gretel, the Wicked Witch of the West, and Prudence as they discover a new reality. Chicken Little finds that with a little therapy she can believe in herself. Foxy Loxy turns a new leaf…as a therapist. Two of the three little pigs practically insist on being eaten, and Cinderella rethinks the whole prince thing. Flexible casting, about 75 minutes.

A WAY HAPPIER EVER AFTER

I’ve always loved the thought that characters could exist somewhere beyond the limits of their lines and the world created for them, that they could long for something more than the same story they’ve been in for years. Fairy tale and nursery rhyme characters fit this bill perfectly, and I’ve written several works in which well-known characters expose the “truth” of this existence. One night when I was reading Hansel and Gretel to my four-year-old daughter, I started thinking of the old woman/witch, and in her I found my muse. A character that yearned for more than simply constructing a candy house and getting kicked in the oven. The genesis of the project came when I asked the question “What if she could change it all?”

“Turns out she was right. Her sky was falling. Her friendship sky.”

I’ve always liked this line because it makes me laugh, but it also points out the truth of Chicken Little’s (my favorite character) tiny existence: she wants what we all want, to have friends and be needed.

The characters are based on fairy tale, nursery rhyme, and movie characters, and I created a backstory for each of them based on what their main needs would be, the world they exist in and how it has shaped them, what the play needed from them, and yes – they’re also based in part on people I know, including my family and students that I’ve worked with.

I wanted to tell a good story that would be fun to write, direct, act in, and finally watch, a story that would allow everyone involved to leave their reality for a while and go on an exciting and absurd jaunt in the Fairy Tale Woods. I also thought that having a message, or moral, both in the main story and in each individual story was vital – we are dealing with fairy tales, after all. When my plays have a message, I usually handle it in one of two ways: either bury it deep within the story so that it takes the audience a moment to understand what is being said, or make it abundantly clear so that the characters can comment on it directly.