Tracey Evans, an actress and playwright, earned her BFA in Theatre from the University of Southern California. She began her writing career penning sketches and monologues while studying at the famed Groundlings Theatre in Los Angeles. As a playwright, her works have been performed across the country, from the Odyssey Theatre in Los Angeles, CA to The Mill Mountain Playhouse of Roanoke, VA and The Just Off Broadway Playhouse in Kansas City, MO. She has been a finalist in several one-act play competitions, including the Kansas City Women's Playwriting Festival, the Lakeshore Players 10-Minute Play Contest and New York’s prestigious Ensemble Studio Theatre One-Act Festival. TAMING ROMEO is her first full-length play. 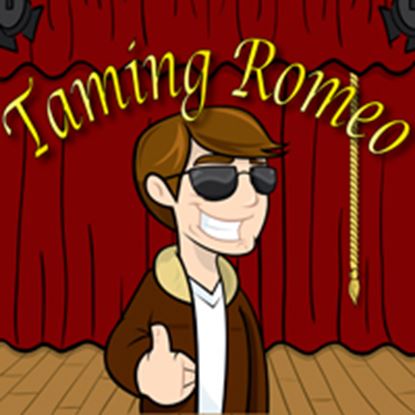 
When resident stage manager Kate Ellinger discovers that one-time soap actor Brayden Cole has agreed to play the lead in their production of “Romeo and Juliet,” she finds she has her hands full, not only dealing with a TV star’s ego, but also with the easy-to-panic director and zany locals who make up the rest of the cast. Brayden misses the first rehearsal, and later admits he’s in way over his head. He went from waiting tables to soap opera uber-star with no formal stage training. But the other actors are more than willing to help him. Duncan, an older man ...