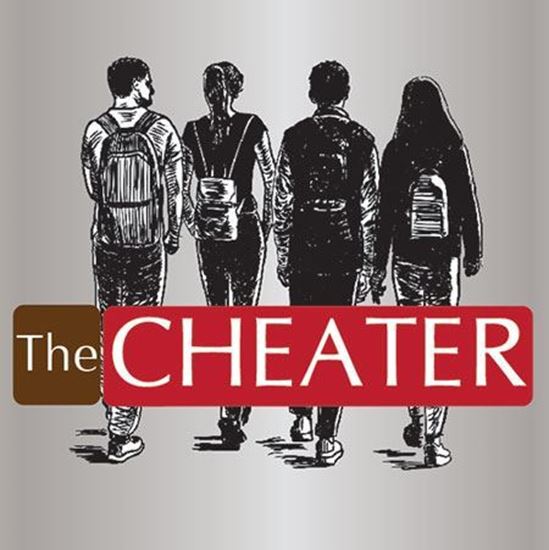 I teach high school and just as a part of the job I hear some pretty funny stories from the kids as they try to navigate romance on their own.  A lot of the nuances in this show comes from bits and pieces I have picked up from my students over the years. As you can imagine, my job can be terrifying.

The running joke over the gift card is a lot of fun, but mostly I just like the web that gets woven between these four characters.  I also like the part where the goblins come out with chainsaws and terrify the villagers.  Nevermind.  That's a different play.

The real Nick Matthews (surname slightly changed) is a student in my honors drama class.  He was part of my crew that was reading this while I was working on it.  I had named the character "Nick" early on and he was like, "Make this character me, give him my last name!" The Nick in this play acts and talks a lot like my student, who is a great kid but not nearly as conniving as this character.  Garrett and Sierra are named after people I know and like.  (Funny considering the characters are not nearly as wonderful as the people they are named for). I don't know anyone named Hope, so if that's your name you can tell people that I named this character after you.  That's cool with me.  I'll totally back you up on it.

I wanted this show to be fast paced and funny.  I also want it (like I do all of my shows) to sound like the kind of conversations that high school kids actually have.  That's super important.  I started out with the mindset of trying to write the next true epic romantic masterpiece, but I ended up with four kids fighting over a gift card and meeting by bathrooms.  Same difference, right?

I am perfectly fine with small alterations to fit your situation.  If you have any questions you can get up with me on Facebook or through my website (brenthollandplays.com).  I'd also like to add that I'm particularly fond of Chipotle.  I could pretty much eat there everyday.