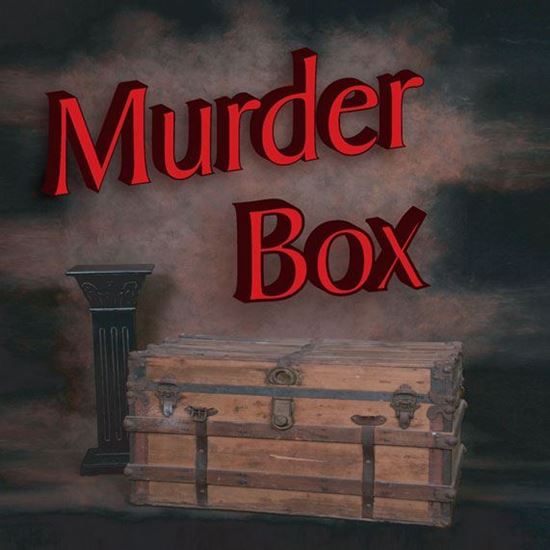 At the end of the 1940s an old theatre building is about to be torn down. As the theatre's acting troupe is packing up the props, costumes and set pieces, an old magician's trunk is wheeled onstage. Suddenly, members of the company are turning up dead. Margaret, the director's assistant, is the only witness to these crimes, seeing with her own eyes how Eve was strangled, Madigan bludgeoned, and Stan shot. Yet no one will believe her, especially when there is no trace of any of the bodies! This edgy, film noir-style mystery earned straight superiors from the judges at its premiere performance at the District III Thespian Festival. Ideal for community theatre as well.

A: I was intrigued by the idea of seeing how many characters I could bump off in a short space of time. That's where the concept of "Murder Box" began. Also, being a fan of magic I thought incorporating a magician's trunk might add to the mystery and provide good visuals.

A: Near the end of the play, after the company has surprised Margaret with her birthday party, the mood suddenly takes a macabre twist. My favorite moment of the play is when the audience realizes that something is about to happen.

A: The most difficult part was timing the murders and removing the bodies from the stage so that there would be no evidence for the next actors on stage.

A: We tried to create a true 1940's film noir style of presentation, complete with manual sound effects, much like some of the old black-and-white mysteries on late night television.