Kerry Kazmierowicztrimm (he/him) has had over 400 productions of his plays and musicals staged in 12 countries. His Off-Broadway credits include having his play WOUNDED featured in The Soho Playhouse's "Fringe Encore Series," and writing for Rattlestick Playwrights Theatre's "Village Song Project.” His work was featured in Lincoln Center’s “Broadway’s Future Songbook” and at The Other Palace (UK). His play E-SCAPE was commissioned by CLIMB Theatre and toured schools throughout Minnesota, while his musical podcast APART TOGETHER was commissioned by La Jolla Playhouse. His play WOUNDED is under option to be adapted into a feature film. He has won and placed in over three dozen play- and screenwriting competitions, including being a Finalist for the Eugene O’Neill National Playwrights Conference. Studio recordings of his musicals GIANTS IN THE SKY, SALLY SELLS SEASHELLS (AND YOU CAN, TOO!), and THE CLAW are available on all music streaming platforms. He has a B.F.A. in Acting from Syracuse University and an M.F.A. in Musical Theatre Writing from N.Y.U. Tisch School of the Arts. For more information, visit www.kerrykaz.com 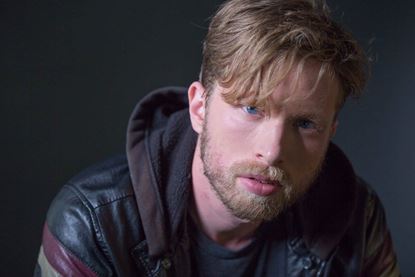