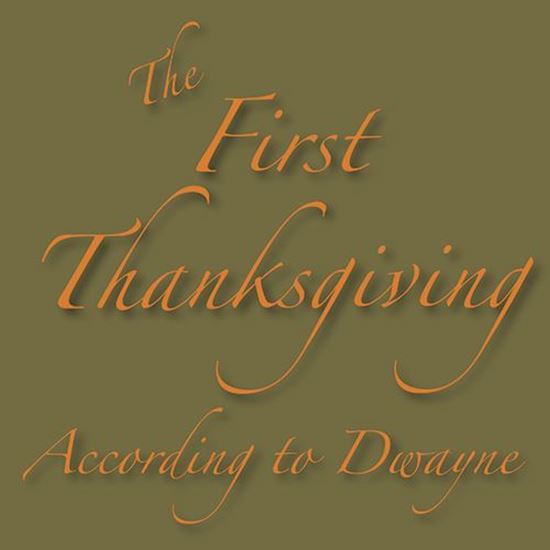 "Four score and seven years ago, Christopher Columbus drove his Plymouth on a rock." This is just one of the tidbits of American history according to Dwayne. When asked in class to explain how America celebrated its first Thanksgiving, he launches into the most lopsided account imaginable. Father and Mother of this Pilgrim family get talked into hosting the event. "You have the table," the Preacher explains. And we finally find out how such Thanksgiving staples came about. "I can't believe we're having turkey," Mother groans. "Hey, I ran over it with the mule, no sense letting it go to waste," he explains. "I just hope the others don't find out they're eating road kill." And the other guests show up, bringing such delicacies as popcorn, cranberry sauce, yams and tobacco. "Wait, this isn't habit-forming, is it?" Father asked Chief. "Nooo," assures the Chief and then turns to his wife saying, "This'll get them back for Manhattan!" And what guests! Betsy Ross, still working on the flag; Clara Barton, wondering what to do with her Red Cross flag; and Hester Prynne, sporting her large "A" on her blouse, along with her sister, Dandeline, who has an "A+" on hers. Then, when space aliens show up, the teacher knows this has gone on too long. However, she asked for it. And she got it: The First Thanksgiving According To Dwayne.