Former actress and director Christina Hamlett is the published author of 17 books, 100 plays and musicals, and several hundred magazine and newspaper articles that appear regularly throughout the US, UK, Canada, Australia and New Zealand. Her latest book, "ScreenTEENwriters," is the only one on the market which teaches the craft of screenwriting to young people and provides insights on how to break into the film industry. In addition to her work as a script coverage consultant in Southern California, she is an online screenwriting instructor and has an international clientele whom she mentors in works of fiction and nonfiction through workshops and one-on-one critique. Her degree in Communications from California State University led to stints in all aspects of media, an expertise that continues to be applied to PR assignments and volunteerism in the public sector. Recently married in Scotland, she and her husband are currently collaborating on several book and film projects. 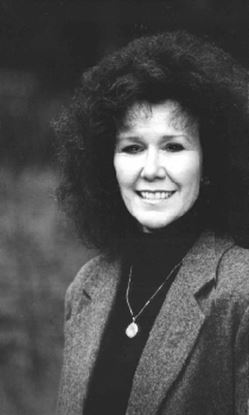 
In spite of Dr. Winona Smedlap's repeated warnings to her team of lab assistants not to go near the Time Mobile until it was "totally, thoroughly, and undeniably ready," she forgot to mention that it also applied to responding to strange noises coming from inside of it. That's exactly what Bill was investigating when he mysteriously disappeared, his friend Pemberton nervously explains. As if Bill's unexpected trip into time weren't alarming enough, it seems he has managed to trade places with none other than England's most famous playwright, William Shakespea...


Overcome with guilt over her late husband's creation of the Winchester rifle, Sarah Winchester became quite eccentric and to appease her ghosts, started building a mansion in San Jose, CA. She feared that if ever construction stopped, so would her life. Here's an excellent choral speaking piece as the maids, butlers, and workmen tell Sarah's story speaking in rhymed meter, echoing the rap tap tap of the never-ending hammers.