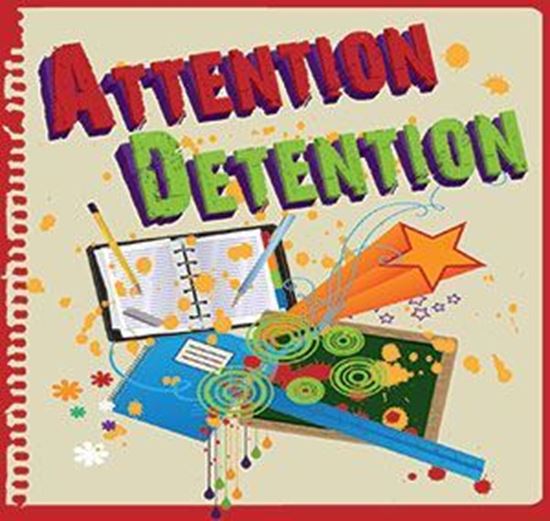 Four honor roll students have been summoned to detention. To avoid punishment, they each come up with a preposterous excuse for their tardiness, and their wacky tales are acted out by an ensemble of performers. As one wild lie piles on top of the next, the principal gets further away from the truth. Will he be able to figure out that these creative overachievers are coming together to avoid being bullied? He'll have to think fast for he’s up against a swift and desperate bunch of kids, each with a knack for making the most ridiculous stories sound entirely possible!

A. Bullying, as we all know, is a major problem in school these days. Then again, it’s always been a problem. From my own personal experience, I found that instead of dealing with the bullies, teachers usually went to those of us being bullied and told us to “ignore” them and “be the bigger person.” True, this is good advice. But it always bothered me that even though I was more patient, more mature, and more confident, I always got the lecture. When was it time for the bully to be the bigger person? So I came up with the idea of a group of creative overachievers coming together to concoct a solution to this problem. However, I didn’t want the play to be a downer, so it was up to me to make their solution as wacky as possible!

A. Each of the four sketches contain moments that everyone can relate to. For example, anyone who has ever been involved with high school drama knows that there is always a student in the play that would far rather be somewhere else. In this case, it’s a football field. So when the director is successful in convincing the injured jock that there is a lot of fun to be had in the theatre, I love it when the he begins jumping up and down, proclaiming “Drama cured my limp! Drama cured my limp!”

A. The characters in my plays are always based on people I have encountered. Usually they are loose interpretations, but with “Attention Detention” they are even more exaggerated. It was my idea with this particular play to take traits of people I have known and magnify their foibles. One runs the risk of creating one-dimensional characters this way, but in a goofy play such as this, that is exactly what the doctor ordered.

A. I’ve always wanted to try my hand at sketch comedy. Let’s face it: every so often it’s fun to throw out all the rules! With sketch comedy, one doesn’t have to rely on character development or the parameters of plot exposition. Instead, I decided to let the one-liners fly and goofy setups play out for themselves. Then I wove these absurd sketches together with honest characters that have important stories that need to be told. It was great fun, and a great challenge, to blend these comedy sketches with real human drama.

A. I think the play pretty much speaks for itself. I hope that students will find the confidence to stand up for what they believe in and, most of all, stand up for themselves.