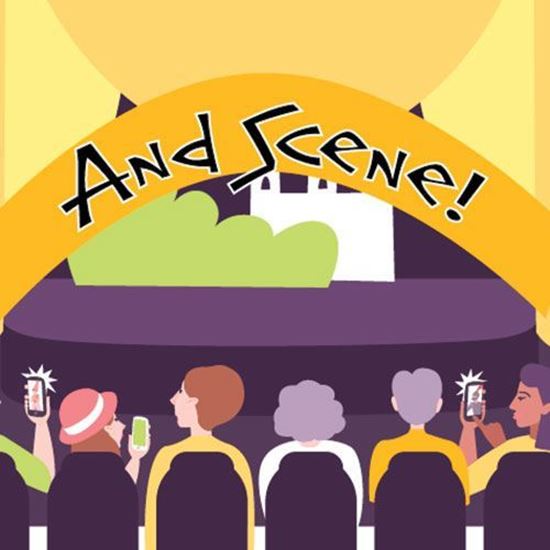 Remy's scene partner refuses to perform and Remy’s grade is on the line. Her backup plan is to have her sister do a scene with her but when her sister runs late the night of the performance, Remy is forced to improvise. She is able to convince one of her friends in the audience to get on stage and act with her.  The scene work goes sideways as several additional members of the audience end up on stage... all in the name of trying to get Remy a good grade!  About 25-30 minutes.

I was inspired by the kids I deal with as a theatre teacher.  This is really the best job in the world and I am constantly inspired, amused and blown away by what happens daily in my class.  A lot of what you see in this script are just translations of things that have actually happened in my classroom and on my stage.

Sean having to play the girl is a lot of fun and I had fun with Austin who seems always ignorant of the rules.  The frenetic pacing and physical humor of this show are a lot of fun and we have had a really good time with it at Laney.

Literally every single character in this show is based off of a former student. (All of whom were actually in the same class!) Remy is based off a girl of the same name who was in my honors class and was one of the funniest people I have ever taught.  She had a total Kate McKinnon vibe and always brought that energy to class.  Sean and Austin were classmates of Remy and were both really funny and really different people. (Just like the characters.) Sarah and Hannah were in that class as well and their characters take on a lot of their personalities.  Jenn is kind of a combination of several former tech students rather than the embodiment of one.  Honestly, if I could go back and cast the actual Remy, Sarah, Hannah, Sean and Austin in this show it would be epic.

Humor and entertainment.  This show has been a lot of fun to work on with my kids and if done right I think the audience will be with you and be very reactive.  Also, if done well enough it opens a rift to another dimension that will bring all of your household appliances to life. (That's a secret though, so don't tell anyone.) When my kids did it, they were only good enough to bring my toaster and blender to life.  The toaster has a surly demeanor, so I feel kind of gypped.

If you have any questions about anything you can contact me through facebook, twitter (@bhollandplays) or my website (brenthollandplays.com)  I'm always happy to talk to your students so if you would like to set up a skype or zoom meeting I would be happy to attend.