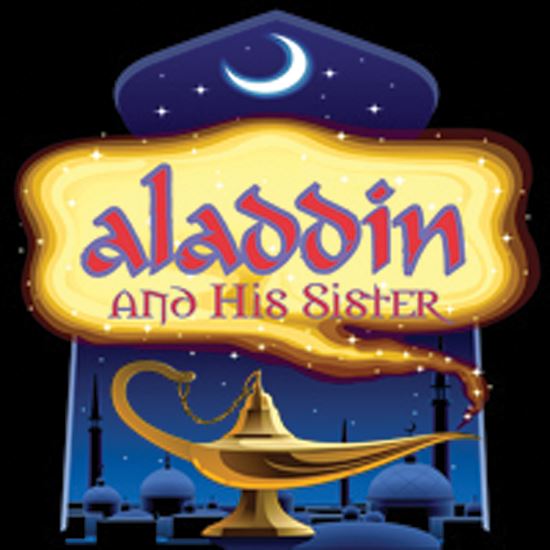 This play presents a new, fun version of the story of Aladdin! While Aladdin is a lazy, unmotivated young man, his sister, Maliha, is resourceful, courageous, and compassionate, looking after him upon the death of their parents. One day an unscrupulous sorcerer pretends to be their long-lost uncle. He cons Aladdin into retrieving a buried lamp and traps him in the bowels of the earth. Thanks to Maliha and a friendly snake, Aladdin is rescued by rubbing the ring the stranger lent him. The Genie of the Ring becomes Aladdin’s slave but is befriended and freed by Maliha. Later, Aladdin remembers the old lamp which the “uncle” had wanted originally. Aladdin polishes it and the Genie of the Lamp appears—just in time to help Aladdin gain the hand of the beautiful and exotic sultan’s daughter. But there’s not a happy ending yet because the sorcerer returns to kidnap her. The grateful Ring Genie reappears to help Aladdin and Maliha rescue the princess as the story progresses towards a happy ending for all—except the sorcerer! About 45 minutes.

Talks About “Aladdin and His Sister”

I first became acquainted with the story of Aladdin from a children's book, "The Thousand Nights and One Night." Later on, when my children were small, we would re-enact these tales together using items we found in the house as props. Last year, when I was looking for a new idea for a story, I visited the library and found a number of tales adapted from that book. I read through them and talked to my two sons, now teenagers. We were excited about the idea of trying a play with an exotic flavour. I also felt that Aladdin was the kind of story whose plot could go in a number of different directions. The original Aladdin is unmotivated and, it seemed to me, that he would benefit from a family member whose personality was strikingly different from his. This is how Maliha, Aladdin's sister, was born.

Q: WHAT IS YOUR FAVOURITE LINE IN THE PLAY?

My favourite line in the play is one Maliha says. "Just because something has always been done a certain way does not mean that it cannot be improved upon." It seems to me that things only improve when we recognize that maintaining the status quo limits our ability to see the situations in the world where change is needed. Maliha recognizes the needs and desires of others. She is empathetic and caring. She could focus on her own agenda, and attempt to improve her own status, but she chooses to look after others. Maliha mothers her brother, finds a way to help the poor and hungry, and frees the Genie of the Ring from his bondage.

I was lucky to be raised in a family where girls were highly valued. My mother is a strong person who has the courage of her convictions, and my father has always taken great pride in his two daughters and his wife. He certainly believes in the equality of women. Maliha has many of my mother's qualities, and really believes in herself. Maliha's belief in herself allows her to stand up to Aladdin in a male-dominated world. She is also responsible, someone whom Aladdin can always count on to come through for him. The princess, Badra, is another strong female character who attempts to fend for herself against a domineering father and is anything but a feminist. The genies are playful characters, and have many of the characteristics of my two sons and their friends. For instance, the genies have a sense of humour, zest for life and living, and the ability to form strong bonds of friendship.

Whenever I write a play, one of my primary goals is to engage the children and youth who perform in it. I want them to have fun acting, I want them to enjoy the audience's reaction, and I want them to feel a sense of connection with the characters they dramatize. Secondly, I want the audience to be really focused during the performance, and leave feeling energized. Thirdly, I like to have something unexpected in each play, something the audience has never seen us do before. In this case, a genie on stilts two-feet high, and a short genie with karate skills appeared amidst clouds of "smoke." No one was expecting such a huge Genie of the Ring, and no one was expecting the Genie of the Lamp to be so much shorter than the first genie. Fourthly, I want to send a positive message in a way which is not preachy.

I should make a point of noting that my youngest son, Matthew, told me that I should be trying to publish my plays, since I am writing them all the time. He has been a source of inspiration, and his persistence encouraged me to submit this play. His older brother, Nathan, was the one who told me that I should start a drama club, and he has provided ideas and feedback throughout the club's existence. Both of my boys have always participated in my plays. My husband, Dave, is the one on the sidelines who is ever on-side with me, my own personal advocate.