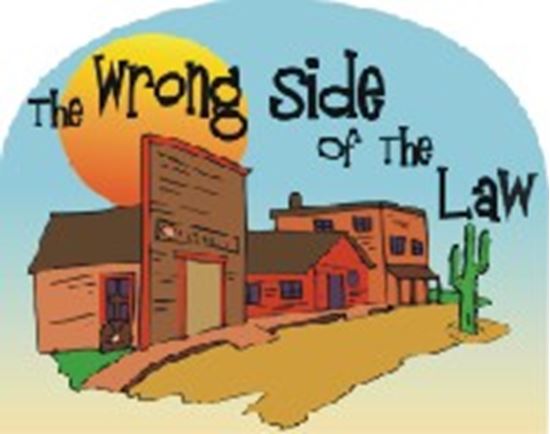 Flint Buckshot is away at a sheriffs convention, so his daughter, Shania, is the deputy in charge - even though she never did get a horse, badge, or a gun to make it official-like! When two desperados, Saddleback Bertha and Sleazebag Barney, roll into town, they realize they've found easy pickings. Telegrams soon arrive reporting that Flint's been badly hurt. Smelling an opportunity, Bertha points out that since Shania is a novice, Barney should be the sheriff because he has considerable experience with law enforcement (although on the wrong side of the law!) Suddenly a masked gunman appears, the same man who robbed the wealthy Priscilla Pompador, and it's none other than the sheriff himself! But will he and Shania, along with Wranall Wright and his widowed mother, be able to convince the townsfolk the newcomers are wanted criminals? And will Wrandall, who's besotted with Priscilla, ever realize Shania is sweet on him? Other fun roles include Mo, the grammar-obsessed telegraph operator; Mule Trayne, the stagecoach driver, and assorted townsfolk, some of whom are not very bright, quiet or sober. About 70 minutes.

TALKS ABOUT "THE WRONG SIDE OF THE LAW"

A: For about 10 years, I have maintained a relationship with Theatre Suburbia, "Northwest Houston's longest-running all volunteer playhouse." Each summer, Theatre Suburbia puts on an old-fashioned melodrama and it's always a big attraction. I wanted to write a script especially for them. I knew many of their directors and actors, and kept them in mind as I wrote. I also planned to produce the show here in Denver after Theatre Suburbia had done it, so had things in mind from that prospective too.

A: There's a part where Sleazebag Barney, the villain, is trying to court the Widow to get hold of the hotel where she's part owner. He's already used some cliché pickup lines and gotten shot down. Then he says, "I've been looking for a woman like you all my life." And the Widow answers, "Well, you found one. Now you can die." In all the productions this play experienced before publication, this line consistently generated big laughs.

A: With a melodrama, there are always the stock hero, heroine, and villain. However, having two theatre groups to work with, being familiar with their general types of plays and their audiences, and having many of their actors in mind, helped me create more developed characters.

A: As a melodrama, I approached it with full farcical mentality, including the above mentioned stereotypical melodrama characters. I'm also a big fan of outrageous comedy and wild gags, such as Mel Brooks and Jim Abrahams, David and Jerry Zucker. Then there was the challenge of keeping all this within the stage ability of both groups. Equally important was that I wanted to have a good yarn, a storyline that moved forward through jokes, brought the characters on a journey, and ended satisfactorily without seeming contrived or forced.

A: Whenever I see a script of mine come to life, I have two traditions. First, I do not direct the initial production; I want to see how someone else directs based solely on what I put down on the paper. I want to make sure I did my job as a playwright thoroughly and clearly. Second, I ask two questions: Did the audience enjoy the show? and Did the cast and crew have fun putting on the show? Having seen multiple performances of this script, I can definitely answer yes to both questions, and I am delighted that getting this play published will allow many more casts and audiences to experience the same enjoyment.