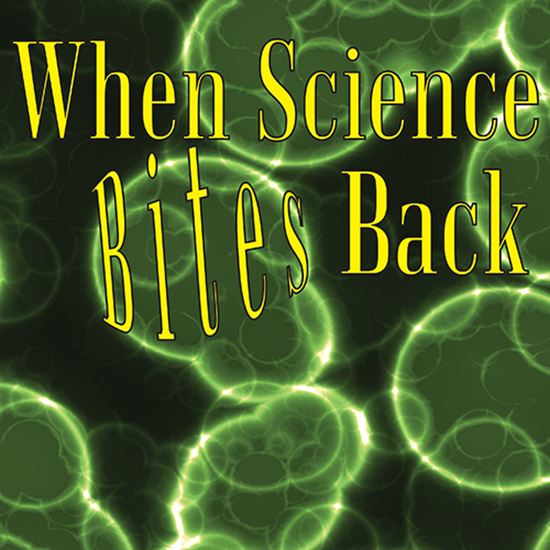 These two science fiction plays are inspired by H.G. Wells' works, The Stolen Bacillus and The Flowering of the Strange Orchid, and Alexandre Dumas' novel, The Black Tulip. In BACTERIAL BROADSIDE, two students working on a science fair project get involved in a potentially deadly heist when unscrupulous villains steal an experimental sample from the famous bacteriologist, Professor Parvulus. Will the world population become infected or will certain guilty parties be easy to spot? This play proves that the little things in life, like Gulliver's Lilliputians, are sometimes the ones most likely to bring us to our knees. In ORCHID OBSESSION, Ethel is a successful woman by anyone's standards. Ethel, however, is not just anyone. What more does she want? No less than first prize at the "Exotic Blooms From Bulbs Competition!" The catch? A neighbor with a distinctly green thumb! Ethel receives a bulb under unusual circumstances, a bulb which is distinctly unique, perhaps even…dangerous.

JANICE RIDER talks about WHEN SCIENCE BITES BACK

My son, Matthew, noted a collection of short stories by H.G. Wells on sale at Chapters. I thought it would be fun to delve into the world of science fiction, especially as my background is in the sciences. I had planned to use elements of the plot from Alexandre Dumas' novel, The Black Tulip, for a long time. I had fun rolling two novelists' ideas into one play.

Q: WHAT IS YOUR FAVOURITE LINE IN THE PLAY?

My favorite line is, "How old do you have to be to accept second, third, or fourth place in life sometimes?" It seems to me that we live in a world that puts competition ahead of cooperation -academically, monetarily, in the sports arena, and in a materialistic sense ("more stuff is better"). In order to solve problems in the world, however, cooperation is the key.

Some of the characters are an amalgamation of people I know. There are people, young and old, who don't quite fit in, but who are intellectually curious and have a lot to offer the world. Often they are shy and socially awkward, frequently attracting to others somewhat like themselves. In their own areas of expertise, these people are confident and capable, informative and eager to share what they know; however, they have difficulty managing everyday things, like getting dinner on the table without burning it. The scientific types from the plays reflect people like these. My favorite character is Gertrude, from Orchid Obsession. She is a wise, compassionate, patient, forgiving person whose love is unconditional. Gertrude represents friends and family members I have known and know who are there for me, always. I have no flowers like Orchid, and I hope to avoid botanical purchases which may jeopardize my personal well-being.

I tried to achieve a number of things with this play. Firstly, I wanted it to be fun for the actors and actresses, and the audience. Secondly, I included some factual information about bacteria in the hopes that people might come away knowing a little more about the Lilliputians that dominate, quite literally, every facet of our lives, primarily to our advantage. Thirdly, I wanted people to think about relationships with friends, colleagues, and neighbors, and how those relationships can be colored by envy. And lastly, I wanted everyone to come away with the idea that science is fascinating!