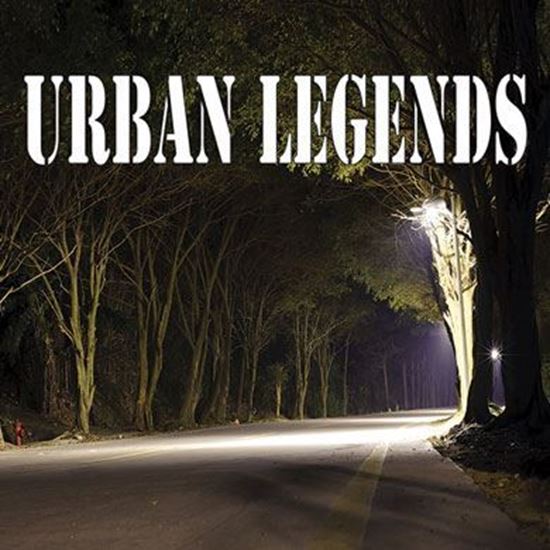 Here is a collection of stories to make your blood turn cold. "Urban Legends" starts with a whirlwind tour that covers many of the famous and infamous urban legends we’ve grown up hearing and fearing. It then delves deeper, dramatizing full stories in chilling detail. In “The Survivor” we meet the sole survivor of a plane crash who has lost his only love, but while the other bodies have been retrieved, hers will never be found. “On Second Hand” features a young man who has a close call with death and suddenly his life is literally flashing before his eyes. “Who’s Calling?” shows what can happen when a seemingly harmless practical joke is taken way too far. And in “The Con” we meet a charming couple who put their full trust in one another…for better or for worse. After leaving the show you will definitely feel the need to check the back seat of your car and look under your bed ; but beware of your dreams because these spooky tales will stick with you for quite some time. (Also available as one-act plays, "The Survivor" and "The Con.")

A: This has been a work in progress for quite some time. It all started with “The Survivor” which I wrote as an original piece to go along with some “Twilight Zone” episodes that I had adapted for the stage. When I couldn’t get the rights to the old TV show episodes, I researched urban legends to create my own original drama. Most stories were less than a page, so those small kernels gave me a starting point and then I had to fictionalize them into larger stories. “The Con” was my beautiful wife’s idea when I was stuck and needed one more act to complete the play. She noted that I needed to have another strong female lead and she had just listened to a podcast on the history of con women, so “The Con” was born.

A: My favorite part in the play is the end of “The Survivor.” I can’t say much more because it will give it away, but I’ve always loved twist endings. I produced this scene years ago and I still have community members coming up to me quoting the now locally famous last lines.

“Who’s Calling?” is probably the only play where I really feel that I know the characters. I’ve had students like Blythe and I definitely know mothers like Suzanne. I’ve grown up --and currently teach-- in a small, blue-collar town where sometimes moms work two or three jobs to make ends meet. I also know many waitresses who don’t even smoke but buy a pack and light a cigarette just so they can take a break every now and then. In “The Survivor” I based the main character on myself to a certain extent. He’s a hopeless romantic, he’s a teacher, and he is quick to come to the aid of those who are in danger or in pain. However, I am a vegetarian.

A: I want to scare the pants off of people. I originally produced the first part of “Urban Legends” a couple of years ago and I had parents telling me that their teenage sons and daughters slept with a nightlight on the evening after the show. Most of my work is funny but I love a good scary story and I especially love a good twist ending. Those are my favorite types of films to watch so I hope I brought that to the stage.

A: I still have a stack of urban legend ideas that just need to be fleshed out into longer scenes for the stage. I hope that this is just the beginning and, if people like these plays, I’ll be adding to the collection for years to come.