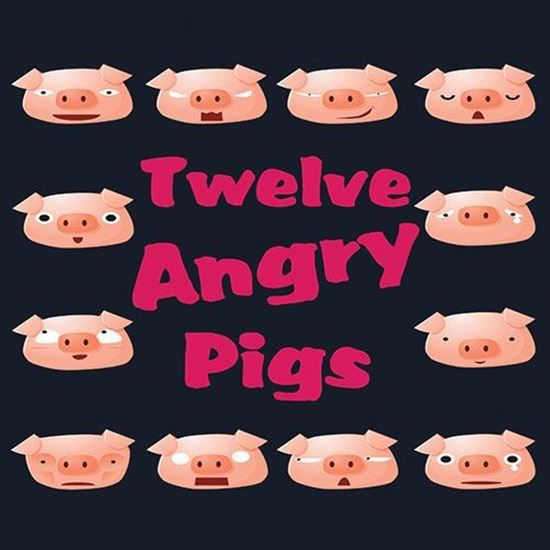 In this comical yet surprisingly educational parody of "Twelve Angry Men," a certain wolf is on trial for blowing down a pair of houses owned by the Three Little Pigs. A Jury of Swine must now decide if they will oink in favor of conviction, or declare the wolf not guilty. Throughout the deliberation, most of the angry pigs believe the wolf is big and bad. However, an ensemble of storybook characters helps the pigs review the testimony, and Pig #8 asks some tough questions. Questions that will make the rest of the pigs realize that the witness testimony of Little Boy Blue is nothing but hogwash!

A: As the title suggests script is a parody of Reginald Rose's classic legal drama, Twelve Angry Men, blended with the classic storybook characters such as the Three Little Pigs. I wanted to create something that mixed some educational details about the justice system, but make it so fun that young performers wouldn't realize that they were learning.

A: There's a tip of the hat to E.B. White's Charlotte's Web of which I am rather fond. I love any chance to reference my favorite characters, and White is one of the best authors in the history of children's literature.

Q: WHERE DID THE CHARACTERS COME FROM? ARE THEY BASED UPON PEOPLE YOU KNOW?

A: Most of the characters are parodies from other sources, but Little Boy Blue is loosely based upon an obnoxious kid who rode on my bus during my elementary school days. That brat always lied about stuff!

A: Like all of my comedies, I'm trying to create opportunities for actors to make audiences laugh. Interestingly enough, Pig #8, who parallels the role of Henry Fonda from the film adaptation of Twelve Angry Men, takes the role very seriously. I kept trying to make this character ham it up, but Pig #8 resisted the author and pushed forward to get to the honest truth about the so-called Big Bad Wolf. Ultimately, I think works because everything around Pig #8 is ridiculous, but that Pig keeps a straight face the whole time.