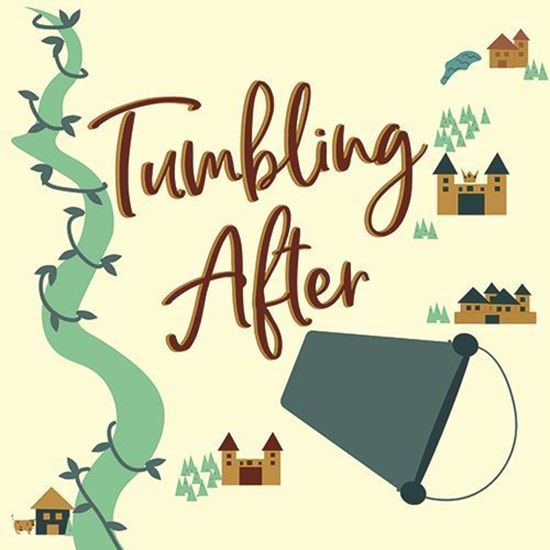 Following his shenanigans up the beanstalk, Jack has built a real estate empire in Goosetown, and now his ambitious mother is determined he should solidify their fortune by developing an amusement park and condo complex. But one property owner is refusing to leave, and Jack soon finds he’s up against more than just the old woman who lives in a shoe and her many clever children. No amount of golden eggs are enough to withstand the growing forces that line up against Jack: Pressures from Old King Cole; a dodgy partnership with the not-so-Noble Duke of York; the Giant’s wife, who is pursuing that young man who stole the harp and goose from her late husband; and Mr. Bean, who is looking for a cut of the riches his magic beans made possible. And then there’s Jill, the ex-girlfriend Jack has never stopped pining for. Tumbling After is a full-length ensemble play with two dozen distinct and delightful characters. Directors and educators will appreciate its many contemporary themes including gentrification and eminent domain, abuse of power, the effect of grassroots organizing, and most of all, the consequences of our choices. Approximately 75 minutes.

I have long had a fascination with the old woman who lived in a shoe. Where did the shoe come from? (It must have belonged to a giant!) After settling on the shoe’s origin, the characters just started rushing to be a part of the story. Also, living in Brooklyn, NY, the resultant changes in a community that come from eminent domain and greedy real estate developers gave me a resonating theme to explore in the story. The original cast of student actors appreciated that it was the children in the play who affected change through grassroots organizing and activism.

I always love when the audience is in on a joke, so watching the escalating challenge of Chester (the jester) changing back and forth as the Secretary without Old King Cole figuring it out is probably my favorite part.

Tell us about the characters?

To tell you about the characters, I first should say that I write youth plays knowing that I will take the script to the kids I work with as a drama teacher – and they will be very honest with me! For Tumbling After, I had a big group and they all want to feel important and have agency in the narrative, so I worked to give even small parts a foundation for character development that would excite student actors. With just a couple of exceptions, the characters are developed from what little we know about them from nursery rhymes, but those snippets were enough to build on. Jack is the protagonist of name in many stories and nursery rhymes, so I took the liberty of creating an amalgamated character in Jack who could be the common thread between the world of Mother Goose and those characters from the beanstalk story.

I wanted to create a world of characters that are as diverse and complex as the world my student actors live in. I know that sounds lofty, but as an educator, I think it’s important to challenge my cast and crew to have conversations – even difficult ones – around the themes in a play. In Tumbling After there are a couple of themes, but the overarching one is about making choices and understanding the consequences of those choices.

In a drama, the audience yearns for moments of levity to lighten what they are being asked to emotionally bear and I think the opposite can be true in a play like this one. While Tumbling After is a comedy romp in many ways, there are moments of thoughtful authenticity and real struggle that I hope directors will give just enough space to satisfy everyone both on stage and off.