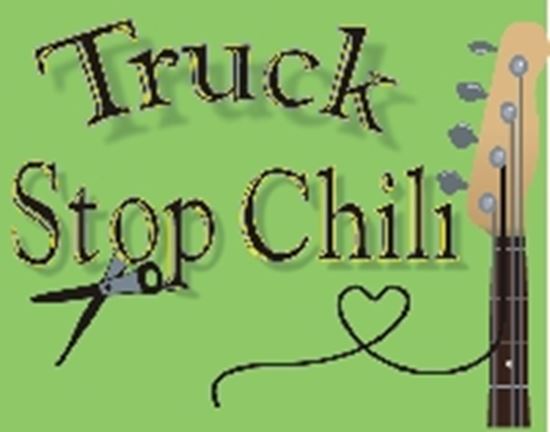 Deep in the heart of West Virginia, there’s a little hillbilly town called Gizzard, and in that town you’ll find Leroy’s Clip n’ Dip… the world’s first beauty parlor/auto garage. Now, folks in Gizzard aren’t exactly beating the Clip n’ Dip’s door down, so to pass the time, Otis Hooper and his mechanic buddies Crisco, Clyde and Floyd, have started a band called Truck Stop Chili. Clementine (Otis’s sweetheart.) and her beauty parlor pals, Mazola, Darlene and Helga the masseuse, all grit their teeth, cover their ears and tolerate the racket, until the day Hollywood director Milo Van Zandt blows into town. Milo wants to use Gizzard as the location for his next masterpiece,"Robot Rain 2," and he thinks Otis would be perfect for a lead role! What happens when a hillbilly mechanic and cowbell player like Otis “fergits who he is” and tries to become a Hollywood movie star? And why does everything taste like chicken? The answers come only after the audience gets taken for a wild n’ crazy ride through the hills of Gizzard, West Virginia.

A: I had directed two hillbilly plays before, and got a kick out of hearing my middle school actors do that accent and wear those costumes. I also really love movies and the personalities that come with making movies, so I thought it would be fun to throw those people into a hillbilly world.

A: I love both scenes when Milo and company shoot "Robot Rain 2" inside the Clip n’ Dip, because the movie’s so terrible but everyone involved is taking it so seriously. My favorite line would probably be when Crisco hands Otis back his legendary cowbell and says “Take it… it’s yore destiny,” because I like imagining a world where a cowbell can be your destiny.

A: My family’s got some hillbilly roots, so a lot of the folks from Gizzard were influenced by that much of the dialogue consists of phrases and expressions I’ve actually heard. The Hollywood people were based on actors and directors I’d read about or seen on TV interviews.

A: Besides some quality laughs, I liked how Otis comes to realize that you just can’t be someone you’re not… and for middle school performers, it was cool to see that lesson acted out.

A: Watch for "Robot Rain 3," coming next summer…