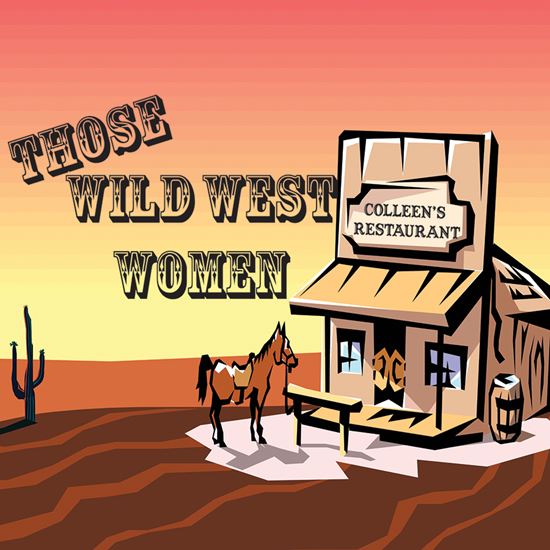 The women of Blue Butte are worried that their men are too ready to feud and fight. In an effort to stop them, the women go on strike, refusing to cook, clean or kiss them unless they sign an agreement to stop carrying guns! The men are reluctant and try to convince their women to go back to things as before. The women, in an effort to stay strong, decide to stay together at Colleen’s restaurant. Soon the deputy and his friends find out Custer Tarnation, a dangerous villain, is headed their way. They get an idea: one of their buddies will dress up as the infamous bad guy so they can scare the women into dropping this no-gun idea of theirs. However, when the men arrive at Colleen’s during the ladies’ supper, they weaken fast, especially when the women ask the local show girls to do the can-can! Just then, the evil Custer Tarnation arrives. Thinking that it’s their friend, the men promptly lay down their arms, but quickly realize they have surrendered to the real Custer Tarnation. All seems desperate until the local hermit, Krazy Kate, pulls out her secret weapon!

Obviously, the show is loosely based on ”Lysistrata.” The battle between the sexes has been a great storyline for thousands of years, so I wondered if there was a way to take that famous story and make it more accessible. When the Wild West setting came to mind, it seemed a great fit and everything else fell into place.

I really enjoy the moment where three couples are all talking at once. It was fun creating three different conversations that all overlap so that it feels like one conversation.

Most of them are standard Western stock characters...the untrustworthy Easterner, the sheriff, the crazy prospector, the kindly but tough woman, the flashy deputy, the school marm, the dance hall girls, etc. After creating a list of those character types, I was able to go through, name them all and make sure they all had distinct personalities.

I wanted to capture that wonderful conflict in “Lysistrata” where the women know they need to be strong, but they turn out to miss their men as much as the men miss them. That internal conflict for the women is what keeps Aristophanes' play from just being men vs. women, and I wanted that undercurrent of love to come through in this version as well.

I've actually had this script in my files for years. I have a former student who has directed it twice, and she insisted that I send it to Eldridge. She was convinced that it was a play that other teachers would enjoy working with, so I finally agreed to follow her advice and apparently she knew what she was talking about.