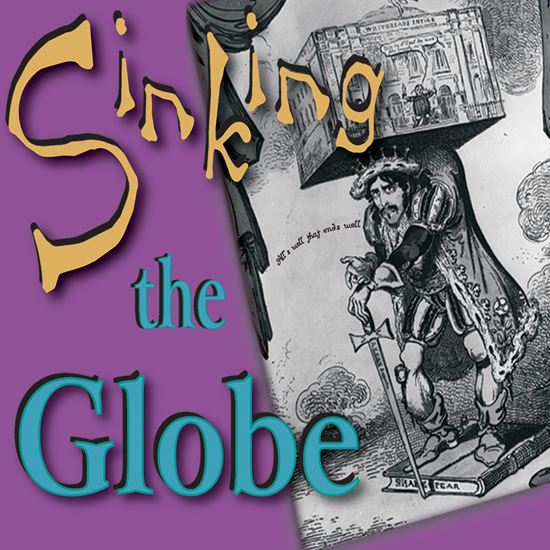 The Globe actors are rehearsing Shakespeare‘s newest show, "As You Like It," when word arrives that the license has been denied. Forced to be gone for the day to deal with the problem, Shakespeare leaves star actor Richard Burbage in charge. While Shakespeare’s gone, his wife, Anne, and their two daughters arrive to help out. Soon, the elder daughter, Susanna, is falling in love with one of the actors, while the younger daughter, Judith, is trying to ferret out the spy that is trying to sabotage her father’s theatre. Anne, meanwhile, is getting into a power struggle with Burbage that leads to confusion and conflicting orders with chases, swordfights, kidnappings and mixed-up versions of "Romeo and Juliet," "The Taming of the Shrew," "The Comedy of Errors", and "Julius Caesar." By the time Will returns, the Globe audience is furious and his theatre is nearly in ruins. Luckily, with a little outside help, all’s well that ends well!

A: A good friend and fellow theatre director, Cathy Knopp, asked me if I had a new play for her to direct. I didn't, so we started talking about the kind of show she would like to do. She wanted a backstage/ front stage kind of script. Something where the audience could see what goes on backstage. Knowing that she was a huge fan of Shakespeare and his works, it seemed logical to combine the two. Cathy designed the set before the writing even started, and she had read the rough draft and the show was placed in the theatre season when she suddenly passed away. The theatre company decided to do the show in honor of Cathy and so the production went forward with her set design and a very motivated cast and crew.

Q: WHAT IS YOUR FAVORITE PART OR LINE IN THE PLAY?

A: I personally think that the section where Katherine Cholmley is tied up and trying to get the attention of everyone who runs by is especially fun to watch, although it does take a special actress. She can't be afraid to look silly and she simply must have the ability to move, twist and bend. For the premiere cast, however, the truly special part is that of Queen Elizabeth. Cathy Knopp, the woman who was going to direct the show before her untimely passing, had red hair and was going to play the part of Liza. So, she is most definitely our sentimental favorite.

Q: TELL US ABOUT THE CHARACTERS IN THE PLAY.

A: All the male characters are based on historically real people. I looked for the names of men that acted with Shakespeare, then researched the kinds of roles we think they tended to play. From that, I projected personalities, making the assumption that the Globe Theatre crew were terrible type casters. Even John Cholmley really existed, although there is no evidence that he ever did anything like sabotage the Globe. All the women are purely fictional with the exception of Shakespeare's wife and daughters. They, of course, really existed, but there is no evidence that they were ever at the Globe Theatre.

A: I wanted to make two things happen. First, I wanted people to laugh. I wanted this play to do that thing that theatre does so well, which is transport you away from your problems and make life a bit more enjoyable. Secondly, I wanted people to get a glimpse of the Elizabethean theatre and what kind of camaraderie must have taken place among people who creatively worked together they way they did.

Q: IS THERE ANYTHING ELSE YOU'D LIKE TO ADD?

A: The premiere production had a group of young men playing Shakespeare's men who had outstanding chemistry. They really captured the friendship, reliance and energy that these men must have had. I think it's worth it for any production of this script to spend time trying to capture that connection.