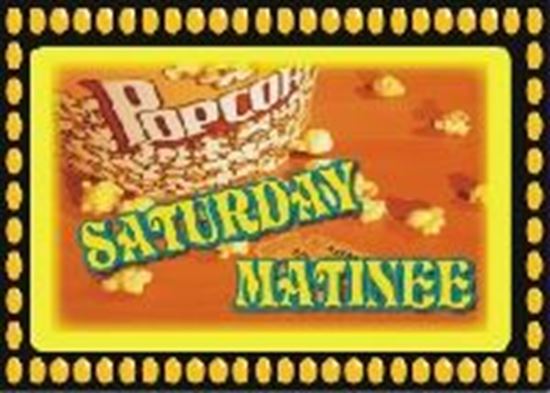 Movie audiences can often be as entertaining as the film itself. This imaginative one-act comedy takes place during the waiting period before a movie begins, offering a rare look at the personalities and idiosyncrasies of typical teen audience members. Alice only wants to enjoy the movie alone but someone's always invading her space. Kent doesn't know how much he wants to flirt with his date Maria, and she is shocked at her reactions. Mindy is a social outcast and just ripe for snotty Laura's tricks. Meanwhile, Ben continues to chow down, while two latecomers vie for seats. Everyone will recognize these and other characters in this hilarious slice of life. Plenty of twists and turns, unique literary devices and easy staging make this an excellent piece for small theatre spaces, touring and drama festivals.

A: A few years ago, I directed Michael Frayn's play, "Audience," in which the plot focused on people attending a theatrical production. This concept appealed to me as a former actor whose audiences were often far more interesting than whatever it was I was trying to do on stage. It was a simple leap from Frayn's theater to an American movie house, where youngsters always prove to be entertaining and are the reason why I stay home and watch cable movies.

The device of thinking aloud was inspired by an old "Saturday Night Live" bit, where the actors would actually speak the subtext along with the dialogue. To me, this was hilarious. For those, however, who prefer a more traditional approach, I have suggested recording the spoken subtext with reverb (an old soap opera device, which I think is equally funny) and it eliminates a good deal of memorization.

A: I would like to say that my favorite character is Ben because he is a free-wheeler like I am. But I'm not. Or maybe Laura could be my favorite because she's delightfully evil like I am. But I'm not evil either. Or, maybe it's Tom, who is genuinely empathetic like .. No, my empathy isn't genuine. Or, I could say Kent is my favorite because he continually worries about his manhood like I do. But I don't! (Honest.) Okay, it's Holly, who has the guts to confront obnoxious people like I do. No, I'm always afraid they might have a pistol. I guess my favorite character is Alice. She's an insecure, antisocial observer of society who is a victim of her own skewed self-concept. Yeah, that's me.

A: The characters represent every student I've taught over the past forty years and every one of my childhood friends. I am constantly amazed at how our little fruit basket of humanity gets along as well as it does.

A: I have attempted nothing deep or meaningful with "Saturday Matinee," although sociologists and psychologists might have fun with it. It is meant to be a simple photograph of a moment in life that most of us have shared at least once.

A: I hope that guy with the nachos reads it.