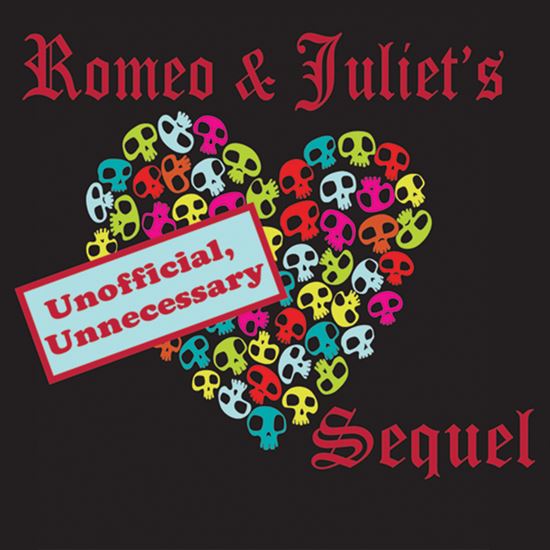 Not entirely happy with the way "Romeo & Juliet" ended, Prince Escalus decides that everything would’ve been better had the two famous lovers lived and the ending of Shakespeare’s classic is rewritten. With Romeo and Juliet alive and their fathers agreeing to end their vicious feud, it appears that we finally have a happy ending. Preparations are made for the couple to renew their vows in front of both families to cement the new peace. Will they live happily ever after, or will the fickleness of being a teenager – coupled with Romeo’s knack for getting those around him killed – ruin this famous relationship? All the questions you’ve never asked are answered here!

A: The first time I read Romeo & Juliet was when I was 14 – approximately the same age as them and a few years before I started writing plays – as part of my English class. Knowing how all of my classmates’ romantic relationships had gone, I began wondering how Romeo and Juliet’s would’ve gone had they lived long enough. I also noticed that Romeo had a hand in every single death in that play. These are concepts that stayed with me for 20 years before I finally sat down and wrote my sequel.

A: I’d have to say that I really like the tea party scene. It shows just how ahead of their time Romeo and Juliet are in how they communicate with each other, not to mention Juliet’s friends’ ideas on how to throw a wedding reception. I also like the opening rewrite of one of Shakespeare’s most classic endings, and also how easy it was to slip in references to several of his other works throughout the play. Oh, and the revealing of what started the feud in the first place.

Q: HOW DID YOU CHANGE THE WELL-KNOWN CHARACTERS?

A: To be honest I really didn’t do a lot of changing. I’m proud to say I didn’t change the Nurse at all! Romeo and Juliet were already typical teenagers – moody, fickle, impulsive, and self-centered. I just emphasized those characteristics here and there. I did change Prince Escalus into quite a narcissist, which gave him motive to want to change history and extend the story. And Paris has become a sarcastic wisecracker, but I think just about anyone who felt he was wrongly killed would be the same way. Some might say that Rosaline shouldn’t be as boy-crazy as I wrote her, but since Shakespeare never had her actually appear, I feel I had a lot of leeway with that character. You may also notice that all of the characters are a bit more modern than they used to be.

A: The main goal, as it was when I first came up with the concept all those years ago, is to remind everyone that despite popular belief, the original play was NOT a love story. It was a tragedy. As heavily as teenagers fall in love, it almost never lasts as long as they think.

A: Just that I hope everyone who reads and performs this play has as much fun as I did in writing it. Obviously, the entire thing is meant to be tongue-in-cheek, and therefore should be silly and enjoyable.