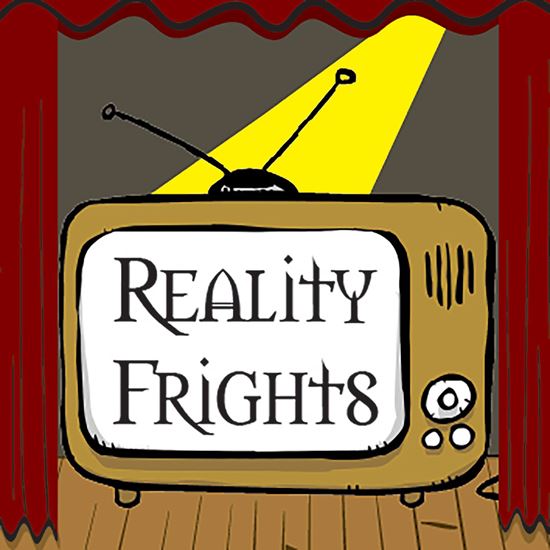 Sequestered in an old theatre, nine prospective contestants must battle wits--and the witless!--to become the chosen few for the latest, greatest reality show, “Reality Frights.” As soon as the diverse contestants turn in their cell phones and introduce themselves, it’s discovered that all the exits are locked. Even Maureen, the professionally perky producer, starts to panic when suddenly there’s a blackout. When the lights come back up, one of the contestants is on the floor, bloodied and lifeless, while some monster in a mask threatens everyone. Or is this some “joke”? Then one of the contestants reveals she’s really a reporter working on a story—or is she? Madness, mayhem and hilarity ensue as things go horrifically wrong. How much is staged and how much is actually real? If you love to scream with laughter and laugh till you scream, you won't want to miss "Reality Frights"!

A: My high school drama group was scheduled to do a show around Halloween and I wanted to do a comedy that was also spooky. As a kid I saw “Deathtrap” on stage and was totally taken in by it. I loved how it had the audience going one way and then all of a sudden, BAM!-- pulled the rug right out from under us. I also needed something with flexible casting and a really simple set. When the idea for “Reality Frights” popped into my head I knew I had found my show. As an added bonus, I’m not a fan of reality TV so I had fun making fun of it in the show.

A: I have to admit I have a lot of favorite lines in this show, but I love when the lights go out and Lydia, the consummate drama queen, trips and falls onto the “dead” body of Finn. When the lights come up she discovers the body and her hands are covered in the blood from his body. She stares at her bloody hands and starts screaming hysterically which the audience, of course, attributes to the fact that she has just tripped over a dead body. Then Lydia says, still looking at the blood on her hands, “OH MY GOSH! This is a brand new sweater! Does this stuff stain?”

A: There are a few characters that were inspired by students in my class but mostly I just tried to come up with as eclectic group as I could dream up so there would be lots of opportunity for fun and comedic conflict. I also tried to create some types that would work if played either male or female.

A: I wanted to make my audience laugh and give them a good, old-fashioned fright!

A: My class and I had a great time doing this show and our audiences were laughing and screaming in all the right parts. This was a show I hated to see end and I would love to direct it again someday.