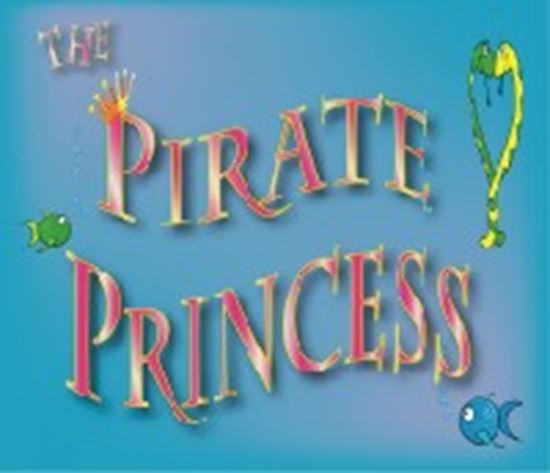 You might think it's fun to be a princess like Alwida, and to live in a castle. But her castle is so lame! It doesn't even have a moat. Tired of parents who never listen and are always telling her what to do, Alwida runs away from home in search of adventure. Instead she finds Alf, the prince from a nearby country. The two hit it off at first, until Alwida's parents ground her in her tower. She escapes, but is captured by bloodthirsty pirates. Finally! An adventure! The pirates think they've taken a frail, simple girl as their prisoner, but they are about to be in for a big surprise.

A.: I was approached by a theater group on Staten Island who wanted a children's play with pirates. It so happened I had been very interested in this medieval legend of Alwida, a pirate who had ended up marrying the Prince of Denmark. Originally, I hadn't thought of it as a play for young people, but then I realized, it's got magic snakes! How much more fun can you get?

A.: My favorite part is when Alwida and Alf meet face to face, but because of their helmets, don't recognize each other. Alwida gradually figures out who this stranger is, and that she's in love with him. It's funny, but sweet, too.

Q.: WHAT WAS THE MOST DIFFICULT PART IN CREATING THIS PLAY?

A.: The story comes from the chronicler Saxo Grammaticus, who also wrote about another Danish prince who's featured in a play by some British guy. (Will Shakes-something, I think.) The original legend doesn't give much of a sense of character, though. I based Alwida on the way I remember feeling when I was a kid. She wants to go off and have adventures, but her parents won't let her. Haven't we all felt like that before?

A.: I just wanted to write something that would keep the audience entertained throughout. With sword fights, silly song, and of course pirates, I certainly hope I succeeded!

Q.: IS THERE ANYTHING ELSE YOU'D LIKE TO ADD?

A.: Arrrgh! Hoist sail, me matey! The fun is just beginning!